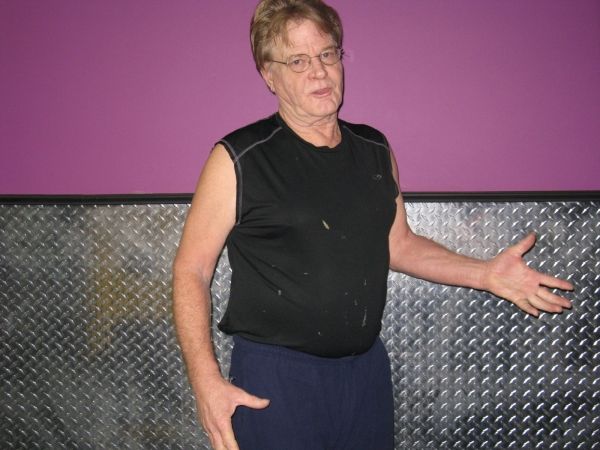 Retired decorator who generally hates customer service people. When insulted or encountering rudeness, feel that it is a god given right to teach people what rudeness really looks like

This company is extremely careless with their propane. Even after being enlightened, they refuse to believe that they can do any wrong. I would advise any propane customer to watch closely, as they continue to behave casually and dangerously. Be prepared to have to sue these jerks for damages, as they will overfill your tank to sell more propane, and damage regulators!

Helpful (0)
Thank you
Creditsecret.org
“A pain in the butt”

If you like doing business with someone who has little to offer, and who makes more money selling your contact info than he does selling books, go right ahead and sign up. Me, I get homicidal about telemarketers, and those who try to mess with my computer with their damn e-mails. I don't like marketers who try to control what I do with my e-mails, and who try to reach out to me after I get them with their damnable viruses.

This company will take your money readily enough, but they won't give you the discounts that are offered by various representatives. Additionally, they are very difficult to set up, and even then logging back in to the course is very difficult. Unless you are prepared to click through the whole site, you will not find the log in page, as no instructions are offered. I got angry at them, and they quickly made accessing the course very, very difficult, telling me the I had to start over. Good luck to you, and to your head of hair, s you will want to rip it out.

It is extremely difficult to write a review of this company, its' products or personnel, as I am livid. I think of my experience here, and I just want to start swearing and wish I was the sort still able to deal violently with jerks. I am 70.
I had a class C RV in need of additional charging capacity, and I failed to search in my own neighborhood. I had seen this website for years; had corresponded with them, and never noticed that they no longer had a home address. Since then there are three addresses in three states, and they all proved to be dead ends.
I paid in advance for an alternator, and became nervous when the so-called lead time proved too long a wait in all reasonableness. There was a disclaimer on the invoice I paid, but everyone tries that nonsense, and it never dawned on me that they could deliver a product in unworkable condition, and I would not get serviced or refunded. I asked for but never received a return address, and the one PayPal gave me proved to be bogus. Did you know that pay-pal does not have a workable buyer protection plan? True, and I have since cancelled all relationships with that company.
There is only one way to describe these people. Frauds and thieves.

This is my explanation of fraud being perpetrated by Meteor Interactive B. V. doing business with the website local fling.com Savannahweg 17 3542AW Utrecht The Netherlands CC: 74034782

This website is a dating site of the racier sort. I am embarrassed to admit that it took me two weeks to realize it was also a fraud. I spent much time conversing with women on the site, only to discover that most, if not all of them were avatars, paid stand-ins, computer generated women who were not there for the hookup, but rather to generate the spending of credits.

It took a while to sink in that they all used similar methods to keep a man coming back for more, often using the exact same phrasing with each new encounter.

These women were quick to take offense when I called on their honesty in consistently refusing a coffee or luncheon date.

When I started calling them frauds, it did not take long before my access was deactivated, keeping what remaining credits were on my account. If that is not outright theft, I do not know what is. The e-mail I finally received said that "your account has been deactivated as what you are attempting is very clearly against our terms and conditions." Really!

Primarily their tactics were to advertise for no strings attached' hookups, but when one tried to make the hookup, there was always the plea that they wanted to talk a while longer to get to know me. What, they wanted a biography for a casual relationship?

I hesitate to call these women whors, but that is exactly what they are doing!
It was later stated that they revealed the fact that many of the profiles were fake, designed to entertain and generate business. Yeah, revealed in very fine print. Who reads that stuff

THIS OPEN LETTER IS WRITTEN FOR BOTH CONSUMERS AND PROVIDERS TO ANGIE LIST SUBSCRIBERS:

THE LIST PURPORTS TO PROVIDE LOCAL VERIFIED TRADESMEN TO CONSUMERS, AND TO HOST WEB SPACE AND VERIFY REVIEWS FOR THOSE TRADESMEN. THE LIST DOES NEITHER.

When I joined the list, I was told that it took 3 verified reviews before I could even be included in searches. Additionally, I was told that any consumer who searched for my specialty within 5 miles of me would have access to my profile. If the modern consumer will check, very few returned profiles have more than 1 review, and very few of those businesses are within 5 miles. This is the problem with the list i. E. that little of what they advertise or publicly proclaim is in fact the reality.
It was a great idea to begin with, but greed has bent the list into a money grubbing, preferential list. No longer does the list represent competent local talent, it represents only those who will tolerate the wishy washy policies of these idiots, and only for hard cash. And yet they still advertise the original goals. They are lying to you America, and are guilty of the basest fraud. This is very sad, as there exists any number of methods for the list to raise revenues other than by turning it into a billboard.
The hardest thing for me to catch on to was that every time you contacted them, a new answer was given to the current issue, and very few times was there ever a follow up, hence broken promises, and much ill feeling. This, in itself led to even harder feelings, as the list records every conversation, and gives each minimum wage operator broad latitude in entering items to your profile. Question them about anything, try to take them to task for any broken promise, and you will be entered as an aggressive troublemaker for the list. Pay attention, and you will note that each subsequent conversation with them will be more abrasive and uncooperative than the last. Poor me, I am the sort who believes in being rude to rude people, who believes in calling an idiot 'idiot'. Be rude to me, and it becomes my ambition to demonstrate real rudeness.
I would very much like to sue these clowns for everything they own, under the heading: 'Restraint of trade'. Tradesmen have invested much time in procuring these reviews that the list no longer deems important in placements. I am asking for feedback from any souls who might have something to add here.

Helpful (3)
Thank you
ChnLove
“What you will get is a lot of women writing anything...”

What you will get is a lot of women writing anything to keep you writing. They will cover you up with mail, because you must pay for so-called translation. What is really happening is that these women are being paid to write, and if you are so foolhardy as to buy contact information, the lady will immediately cease and desist. Why, because she has all the money she is gonna get from you. I could go on and on, but the bottom line is that the Chinese do not have any integrity.

From your message, we noticed that you have concern about the letters from ladies. Please kindly note that Chnlove will not employ women for writing, all the communication should be on ladies’ own will. We are not sure if there’s any misunderstanding between you and your lady. While as a platform, we do hope you could have a better using experience in our site. Whenever you have confusion or meet any problem in using our service, you are advised to contact our Customer Care Team for concrete assistance. It’s always our pleasure to help our sincere gentleman.
http://www.chnlove.com/help/contact_us.php

Besides, as you may agree, ladies and gentleman have cultural background, so sometimes they may have different expectation towards a relationship. In addition, different attitude and different ways of communication will also lead to different results. If you would like to request the ladies’ contact information and contact them in private. You’d better have in-depth communication with them for this in advance. Good communication sometimes is the key to success. We sincerely hope you could work out a positive result with your beloved lady soon.

Thanks again for sharing your comments with us. We wish you good luck and happy in the future life. In case you would need any help from us, our Support Team is always here.

It took forever to place the order - it takes minutes for every page to load. When done, got an...

ON 10/18/20AT CLOSING TINE ON SUNDAY NIGHT THE CLOSING MANAGER AFTER BEING TOLD I NEEDED TO GRAB...