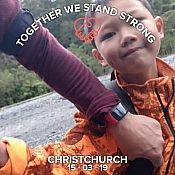 graspskills.com
“WARNING! USE PAYPAL WITH THESE GUYS IF YOU ARE DESPARATE TO USE THEM”
Make sure to pay with PAYPAL if you are desperate enough to use this firm for training as they will insure you against non delivery. That's the only good thing to have gone my way when dealing with this outfit. I paid NZ$1,800 to Graspskills for a Scaled Agile course in Wellington, New Zealand. Graspskills were unable to deliver the training due to lack of interest but would not offer me a refund (despite their own policy stating that they must provide one). They kept trying to put me on another course at a later date which did not suit my requirements.
Be warned if you start corresponding with anyone call David Jones from Graspskills. There is no David Jones- this is a fake name. When I called Graspskills Australian Number (several times), it was routed to India and if you ask to speak with David Jones, they will say that they are David Jones. But as soon as you start asking questions, they defer to the real' David Jones who you never hear back from!
DO not deal with Graspskills, timewasters and refused to provide a refund to me despite not being able to deliver the course.
Paypal- all the way!
Helpful (1)
Thank you

Dont get cheated with this company , you can spend your money in better ways. Frudlent cunning...

We had a really bad experience with the company. We had an applicant for a training event they...