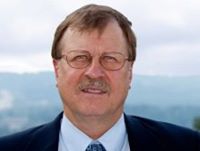 Breitbart
“Open to hard-core conservatives only”
This is only website where I have been banned for not being conservative enough. OK, I'm not that conservative, but I'm not a raging liberal, either. Nonetheless, you've got to stick very closely to the conservative script if you want to make comments here. Otherwise, you'll be banned. I've heard this from other people, too, but, nonetheless, I was a little surprised at the lack of tolerance for moderate political views. Since I'm doing true confessions, I should acknowledge that I did complain during discussions about the quality of journalism on the site. I found the stories superficial and often inaccuracies and many, many errors of omission. No big deal as long as you are aware that everything you read there should be taken with a big grain of salt. If you really want to see what the hard-core right thinks, this is probably the best place to go. Just don't plan on joining in on the conversation, unless you are a true believer.
Helpful (17)
Thank you
Politico
“Don't trust anything you read on Politico”
Don't trust anything you read on Politico. That doesn't mean every story is wrong, but there is lots of misinformation in stories that aren't particularly well done. Most stories are written to attract "clicks" from angry readers. Comments are mostly trolling and hyper-partisan. Don't go there unless you have a strong stomach.
Helpful (11)
Thank you

After reading Breitbart, I realized that they are not true conservative rather a money making...

Something is going on at Breitbart News that makes no sense. No, I'm not talking about the usual...