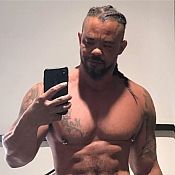 Zenni Optical
“What happened to you!”
I was so excited when I found Zenni. Everything was great! I've bought many a pair of glasses, some sunglasses too. Then something changed...They changed the way they did their prescriptions! My presecription I admit is odd, but once I put in the prescription before, the glasses arrived with no problem. THEN.....when they changed providers (I guess) to make the prescriptions they were unable to do it. Online it would default to suggest Single Vision instead of Progressives like I wanted. Well at one point i spoke to a customer service rep and she suggested i just put my prescription in the box for additional comments. This worked!

HOWEVER, I tried to order another pair (mind you have bought many pairs) they sent me single vision! I sent them back and said "I wanted my prescription as it was last time" they said they would give me a store credit and I could reorder. I've sent them my prescription many times and they continue to ask me if I was sure i wanted this prescription when they received the glasses back! Then they sent me an email saying that if I don't reply to the email stating the NOs to be one number they would cancel my order. Well I responded, saying it was ok to use the NOs number they used previously and this email went unnoticed so they canceled my order again!

When i called to find out why it is taking over a month to get my glasses they said I never responded back to the email. I stated, first of all you questioned my prescription i gave you and tried to get me to buy single vision when i didn't want them, then they said, they can give me a refund of half my money back.

At this point i was done! I argued I wanted a full return and not money taken away because of something they dropped the ball on! Finally they refunded my money full price, but I must say this is one of the most disappointing reviews i've had to write.
Helpful (1)
Thank you

Tahi J. – Zenni Optical Rep 8/27/19
Thank you for posting this review of your recent order from Zenni Optical.
We can confirm that we have recently made some changes to our order form which include prescription limitations for progressive lenses. Due to these changes, we no longer manufacture prescriptions such as yours, in which the difference between the right and left eye spherical values are unusually large. In October of 2017, before these changes were made, you’d ordered a pair of progressive lenses with a similar prescription to what you have now, and the order went through successfully. However, in May 2019, after the new prescription limitations had taken effect, you reported having problems ordering your new glasses, so one of our representatives made an exception on your behalf by advising you to leave us a note in the special instructions box of the order asking that we fulfill your order with the prescription you needed and our lab was happy to push the order through for you.
On July 22nd, you placed another order and left a similar note for us in the special instructions box, asking for the same spherical values as the previous order and you made and additional request that we use two different ADD values (the reading or near vision addition) for each eye. We emailed you on the same day and explained that the ADD values must be the same for both eyes and asked which one we should use. We received your prompt reply on July 23rd, in which you explained which ADD value should be used. Unfortunately, we inadvertently overlooked and failed to address your request for the unusual spherical values when we sent the first email, and we were forced to email you again on July 24th to explain that with such unusually discrepant spherical values, it is best to choose singe vision instead of progressive lenses. We encouraged you to choose single vision and asked that you respond to confirm whether you would like to change the order to single vision or have the order remain as it was. Our email went unanswered, so we emailed you again on July 28th. We regret that we cannot hold an order for more than 13 days, so because we received no response to either email, the order was cancelled on August 5th, 14 days after it was placed. Since your order was paid for by store credit and a small portion of it was paid by credit card, once it was cancelled, your store credit was reissued, and the credit card was refunded. We truly are sorry for the inconvenience you’ve experienced due to our new policy and we apologize for the disappointment you experienced with your most recent order.
Currently, we cannot make another exception to manufacture progressive lenses with your current prescription but if you would like to use the store credit for single vision lenses as you have done in the past, we are happy to manufacture those for you. We appreciate your business and hope to continue to serve your single vision eyeglasses needs in the future.

Darick hasn’t received any thanks yous.

Darick doesn’t have any fans yet.

I ordered glasses- received them and could not see anything- unwearable. I contacted the...

I've ordered glasses from here before with no problem, however the last pair they sent me I...