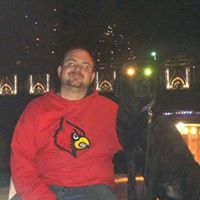 American Airlines Group
“Van hit plane = customs issues = Could have been an awful day...turned around to smiles by AA!”
I wanted to congratulate American Airlines for hiring and training such an awesome flight crew on both AA flight 4772 Merida to Miami and flight 2039 Miami to Orlando.

Both of our American Airlines flights on 11/9 could have sucked if the company gave any less obvious attention to the type of flight crew employee the company hires, and how they are trained.

Seriously, when we left Merida to go to Miami we were the last people to board the flight even though we arrived at the airport 2.5 hours early. That's because my 6 month old daughter was flying for the first time-- dual U.S. & Mexican citizen, born in Mexico to American parents -- and was held in customs for lack of an "entry stamp" in her passport. Explaining for 60 minutes that a baby born in Mexico wouldn't have a passport entry stamp to Mexico, and then being forced to pay for a Mexican tourist card we didn't need might have ruined our day.

But the two American Airlines ladies taking care of us on the flight instantly made us laugh, competently and quickly explained the safety procedures for our area of the plane, complimented our baby's behavior, offered water for our service dog, and even provided Mom a much-appreciated blanket without our having asked. Needless to say, we were soon laughing ourselves over the absurdity of what up-to-then had actually been an anxiety-filled day with the customs issues.

Fast forward to Miami and an expected 4 hour layover that paused unexpectedly and turned into well more than 6 hours before wheels-up to go to Orlando...and again, our day could have been less than stellar.

Yet through a situation that involved deplaning after boarding (because of the van that hit the plane!) and multiple gate changes plus uncertainty of whether American Airlines could supply another plane for the same day or not...the AA flight crew again shone. We were provided snacks and drinks for everyone on the flight as we waited. Even with the free snacks and drinks, the group of travelers that reboarded the second plane were pretty irritated and some openly angry. Of course, many may have been like us and come from abroad what with the zoo of Miami un-check-and-re-checking of bags plus customs...so that plays a factor on people's moods.

However, when we reboarded the next plane, the whole AA crew was superb and supportive. One flight crew member (Steven/Stephen) really stands out in my memory. He was every inch the Marine Corps retiree: striding with purpose after any small request from a customer, offering assistance with bags, directing traffic without being overbearing, and making tired and irritated travelers laugh...plus explaining to anyone who would listen that he hoped the listener would judge American Airlines based on their overcoming of the obstacle and not the obstacle itself (which, rightly said, could have happened to any airline).

It is my opinion that this talented and caring gentleman and the rest of the staff together turned an entire planeload of irritated -- some genuinely upset to angry -- customers around before takeoff and with service and humor and honesty shaped them into a group that actually clapped in applause when the plane was given permission to close the doors.

I won't be booking our next flight where American Airlines is a possible option based on a price-only comparison with competing carrier options. The company has certainly earned first right to get our business for a while with a great experience even amidst the bad.

Thanks from the team at CubicZirconia.com for making our travel day better, American Airlines!

Tip for consumers: Woohoo! Ask them in person for a free blanket, they rock

Helpful (1)
Thank you
RingCentral
“Multi-year customer, happy”
The business is good, service is good, support is great. Pricing is okay, but worth paying a few hundred per year for what we get as a business. The apps they offer are kind of buggy, but they do communicate and say that updates are coming. I'd recommend the company and service for sure.
Helpful (1)
Thank you
ExactSeek.com
“2 year customer, cannot prove this service produces live website visits from real people”
I love the idea of ExactSeek. Our website manager is pretty sure the visits we get from the ExactSeek program (JaydeOnline) are fake, however. Though if you look at Google Analytics the visitors come in, and they stay for above our site average time on site, the raw server logs of our website show some seriously strange stuff (for example, users that come back every day for 6 straight months and search the website for "_" using the built in search bar, over and over again refreshing the page. Many of those. Plus, Google Analytics seems like it doesn't show a single transaction from these visitors. Tens of thousands of visitors in around 2 years of paying for keyword placement with Jaye / ISEDN / Exact Seek. So maybe I got snookered, and our business can't use this service. Which stinks, because if they did what they say they do it seems like a viable alternative to PPC at major search engines. Still, zero converted sales in tens of thousands of visitors for a website and business that converts every other traffic source at 1/150 to 1/400 is just not believable. Also known as Jayde Online or ISEDN.
Helpful (12)
Thank you
Shopify
“5 year customer, everything is great”
Don't have much else to say, we built a livelihood on top of the Shopift platform. It's expensive but a cost of doing business. I do think they should do away with the monthly fee when you are paying way more than that in transaction costs if you also use the Shopify payments processor. Love the app store ecosystem! Thanks for all the hard work, guys and gals at shopify. We at CubicZirconia.com love ya!
Helpful (1)
Thank you
InvestorCarrot
“A business run by a friend...who treats all customers like family”
Well done Trevor and crew! It's really great the company culture you all have created where customers' successes are celebrated as your own successes. And selling a B2B product and services designed to do exactly that, I think that's the way it SHOULD BE!
Helpful (1)
Thank you
Home Depot
“just an average website for such a large company”
not as e-commerce friendly as you would think
Helpful (1)
Thank you
George R.R. Martin
“Imperative surf stop for fans of book series A Song of Ice And Fire, aka HBO's Game of Thrones”
Well put together website, with frequent updates. plus advance sample book chapters!
Helpful (1)
Thank you
AliasEmails
“Got my @Wildcats.com email address!”
Pretty cool concept, get a betetr email address without needing a new inbox. I decided on @Wildcats.com for like 25 bucks.
Helpful (2)
Thank you
Tripadvisor
“Enjoyable to find restaurants”
Like when traveling to places never been before
Helpful (1)
Thank you
Amazon
“Happy Amazon Prime member!”
Love it, best 100 bucks I spend every year
Helpful (1)
Thank you
Costco
“Happy 5 year Costco shopper and member”
I was the guy who used to buy toilet paper 2 rolls at a time. My fiancee taught me better. Buy staples n bulk and save a bundle
Helpful (1)
Thank you
Best Buy
“Not happy with this store's continued doing business with Toshiba, which sucks”
Great service, helpful employees but they pimp $#*!ty Toshiba computer products that break down within months of purchase. Laptops ought to last more than months!
Helpful (1)
Thank you
CubicZirconia
“My fiancee (soon to be wife) company...I bought my engagement ring from her (secretly)”
LOL, that was really fun to do, too. I mean, to keep it a secret that she was designing her own future engagement ring. Anyway, just found SiteJabber today and thought I'd share that.
Helpful (2)
Thank you
Drugstore
“works well”
good service
Helpful (1)
Thank you

I recently flown from LHR to JFK. Flight was terrific, but we did leave 30 minutes late. We...

It's so easy to book the tickets on this site. The confirmation comes really quickly too. I've...