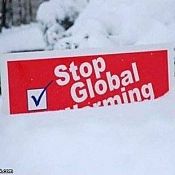 GolfNow
“Never use!!!”
Impossible to contact. Call the number to cancel reservation or with a billing inquiry and you're told the waiting time is three-plus hours. This is the only way to contact them. They tout a chat feature on the site but there's no such thing. I made a tee time five days in advance. Arrived at the course and was told front nine of course was flooded and closed, that there were 82 people on the 9 holes that were open and five groups waiting to begin. Pace of play was six hours. Further, they had closed the 9 three days earlier and informed Golf Now but were those with reservations informed by Golf Now? Of course not. Now, are those people getting refunds? Of course not. This is a scam site as far as I'm concerned. Will never use again.
Helpful (0)
Thank you

I have comparing regular prices and "Hot Deals" on GolfNow for a few weeks now. Prices for Hot...