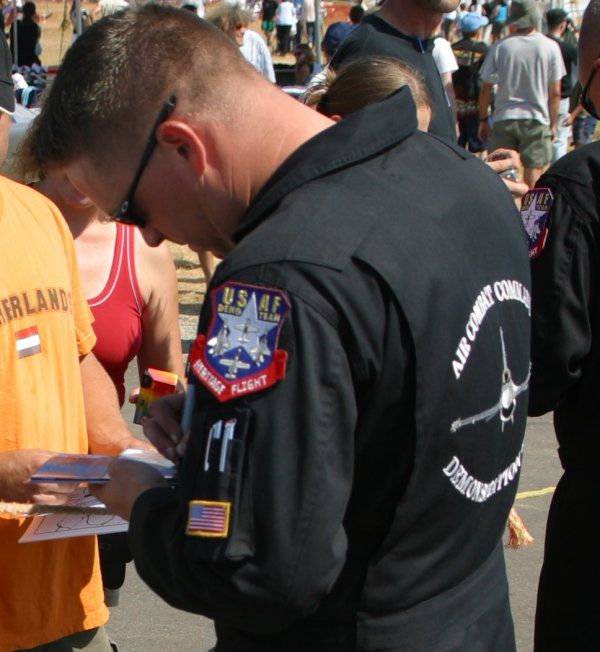 I live in Athens, Greece. I was born in Mississippi. I moved to Greece the first time in 2008 when I was with the US Air Force. I returned to Greece and married my beautiful wife Helena.

I'm a multitasking internet consultant. I do Affiliate Marketing, web site design and management, logo designs and just about anything else.

Kayaking, Boating, Fishing, Sports, and spending time with my family

Shipito
“Shareen and Proactivity Follow-Up”
• Updated review
It appears that Shipito is using some marketers to clean up their reputations after the recent messes their employees have gotten them into. I've followed up with Shareen, who has contacted me here on SiteJabber, to see if she is offering solutions to Shipito's shortcomings, or if this is quite simply a marketing stunt to trick people into believing they have reformed their customer services. Only time will tell, but I am not enthusiastic about anything Shipito at the moment.

I did receive a small refund, which was very miserly nit picked down to the penny in favor of them, of course.

Also, watch your images, folks. You are being charged for those blurry photos of items in your Mailbox.
Helpful (2)
Thank you
“Still Less Than 1 Star!”
• Previous review
So, I filed my BBB complaint. The Reno BBB contacted Shipito and reported my filing to them and asked what they would do to resolve the complaint. Shipito's response was that everything was my fault, including their system and the issues it has interfacing with USPS. They finally refunded my deposit, which was held for nearly two weeks against my will. They kept canceling my refund requests. They made every excuse (I call them lies) why they couldn't refund: "you didn't provide payment info", "our system is updating" and "you will be refunded by tomorrow, I'm in accounting". Two weeks later, after the BBB is involved, they returned my funds that was again overpayment on my part, and they did it without a valid refund request and without me submitting payment info. Don't forget, I pay them with the same card, same account and have auto-renewal for my annual fees, and they had the nerve to claim they don't have payment info. Funny, when the BBB called, they suddenly found my info.

People, please stay away from this company. They are crooks and do so many things that are just totally against the customer. Worst customer service experience of my life. I have 100% feedback and nearly 25 years of Internet commerce--this company is the worst I've ever encountered.

April B. – Shipito Rep Over a year old
Hello Dan,

We apologize that you have had this experience with us and we would like to correct any mistakes that we have made and change your mind about Shipito. What is your suite number so we can better assist you please? Moreover, please email us at marketing@shipito.com should you need to send us a detailed email or if you need anything else.

We look forward to hearing from you.

Kind Regards,
Shareen
“Can I give less than 1 star?”
• Previous review
I am very displeased with Shipito. I have filed a Nevada BBB complaint and plan to escalate my discrimination claim to the highest level possible. For all the people writing positive reviews, beware that when you encounter a problem, you will see the very worst side of Shipito. Say your prayers and cross your fingers that all your transactions go smoothly, because its when you need Customer Service, that you will find out they don't have any. And, good luck talking to a manager/supervisor. If you request manager assistance, the support ticket person will systematically close, merge or otherwise try to 'pigeonhole' you so you can never reach a supervisor or manager. Also, good luck trying to get them on the phone once they know you are trying to call. They will systematically screen your calls and ignore you.

I was like many people in the beginning--I had some positive experiences and some nuances, but I ignored them because I had always gotten my business done. Since January 2018, things have gotten much worse, especially at the Minden, NV branch. They had a problem with tracking data from their system and USPS. Two months later, and 20+ support tickets filed, I finally was notified by the Greek Customs Authority via letter as to the whereabouts of my package. Shipito never provided me with the tracking number, nor bothered to even address that I was constantly asking them to provide the data. During this time, I had someone near the Minden branch use the package dropoff. He emailed me and told me that he had a terrible experience with the person working. He said they were not professional and did not know their job. He wasn't impressed and warned me about their services.

Also, I attempted to ship another package after the snafu with the tracking data. Because I had complained, they started to discriminate systematically against me. All my items were heavily scrutinized, and they refused to ship certain items claiming that they were not allowed by Greek law. I went to the Greek authority's website and attached a list of their restricted items, which did not contain any item (or any item category) Shipito was refusing to ship. They still refused to ship the items, and continued to accrue charges for them taking photos and opening the package. I contacted other sellers for the same items and they offered international shipping via USPS. I provided this information to Shipito. I obtained a list of restricted items from USPS and provided them that data also to Shipito, as none of my items were on that list. They refused to answer and would not meet any request to provide supporting evidence for their actions, or even attempt to speak with me regarding why they were refusing to ship the item I had proven was legal by all authorities for shipping. Every time I do get a response, its another lie that covers their lack of action and customer service. They tailor their actions and 'rules' at their will--there is no unbiased standard by this company.

I claim that Shipito targeted me because I complained about their services. After my complaints, I was systematically ignored and given half answers for every question I asked (not just those above). I finally shipped the package to my mother's house. They charged me more than $90 in service fees and they never sent the items. Further, since I had already paid in full for international shipping of the package, I have remaining funds on my account. I have been making refund requests for over 2-weeks. Each time they make a new excuse and say more lies about why they can't give my money back.

This Mariana name I see on many complaints against this company is who I'm speaking with now. Same old story, she's acting like she is sorry for what's happening, promises to fix it and then disappears. Meanwhile, she systematically merged my ticket with another one, so it doesn't get escalated to supervisor/manager level. This happens every time I request to deal with a manager. They merge/close or answer another ticket instead so you can never get managerial attention. Currently, I have a $125 deposit balance that they are refusing to give back. I dont owe them money, they owe me money for services I paid for, but they never provided. What justification do they have to hold my money and then blatantly lie to me about why they are holding the money.

Clearly a highly selfish individual, which is immature and only looking to advance himself, no matter how many people he has to step on to get there.

There is a mental property rights dispute for many of his works he takes credit for. The main one is The Magical World of Harrison Patrakis. By the way, the bogus business Harrison Patrakis, LLC, is also in on the deal to take advantage of unsuspecting actors. They never received a dime, and took no credit for their work.

Clearly a highly selfish individual, which is immature and only looking to advance himself, no matter how many people he has to step on to get there.

There is a mental property rights dispute for many of his works he takes credit for. The main one is The Magical World of Harrison Patrakis. By the way, the bogus business Harrison Patrakis, LLC, is also in on the deal to take advantage of unsuspecting actors. They never received a dime, and took no credit for their work.

Shame. Please don't watch the films, and don't support these people.
Helpful (1)
Thank you
Durham VA Medical Center
“The entire VA process is SLOW, therefore, so has been...”
The entire VA process is SLOW, therefore, so has been their development of a functional and well working site. The VA has made strides to improve their interfaces and usability. With the eBenefits portal and other add-ons, the site is becoming useful and user-friendly to its users. They still have a way to go, but at least you can now log-in and check the status of claims, appeals, etc., without sitting on the phone for hours trying to get through.
Helpful (4)
Thank you
Gravatar
“Gravatar is a great site”
Gravatar is a great site. For any of you that want to design 'business card' style photos, which look like a thumbnail photo then turns into a larger pop-up style image, for your site... this is the site for you. It works much like Ebay's pop-up photos, but you are allowed to enter a description of yourself for others to see. So, when you incorporate this into websites or blogs, like WordPress, you get user profiles in a simple hover of the mouse. This is a great feature for sites and it is very easy to use with websites such as WordPress.
Helpful (1)
Thank you
BidCactus
“Please don't get caught in this TRAP!”
Please don't get caught in this TRAP! Hidden charges, bidding bots and paid bidders are RAMPANT! I watched this site for a few days and it is impossible for you to win items at a reasonable price. The company's bidders usually win the auction, so technically they sell the same item over and over again
I observed an auction where someone paid over retail price for an iPhone 4s. Why would anyone do that? Beware of anyone with a user name that sounds daunting, or that has Capital letters in it. These are computer generated bidders, which will rob you blind.
Helpful (1)
Thank you
Aviorgr.com
“Avior is a small start-up company which is currently...”
Avior is a small start-up company which is currently centered around Affiliate and Internet Marketing. The site has been under construction recently, so many new features can be added, such as, ability for groups to have private forums/blogs, Gravatar Hover cards, and the ability to post and share with social media sites.

Check out Avior and see if they can help you reach your marketing goals.
Helpful (1)
Thank you

I used to love shipito, and i am currently a paid gold member. But the last months have bean a...

First they forced redundant package split, that would take extra charge to repack and double the...