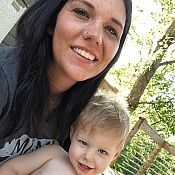 Costumes4Less
“Terrible Company”
I ordered a costume for my 2 year old and started looking up reviews online after, I wish I would have done so before, the item was known to run too small and I tried to cancel within three minutes and I was told I could not. I messaged the company and they told me I would have to pay a restocking fee. I went online and kept trying to return the product but the website would not let me. I reached out to the company and never received a response. Not only was the description incorrect but the company obviously does not have any professionalism. So now I have an outfit that's too small that I will never be able to use.

I highly recommend ordering from anywhere but here.

Update: The below comment is inaccurate. Though this was ordered through Walmart I was informed I needed to reach out to Costumes4Less directly which I did. Walmart reached out to them within minutes of this being ordered to try to cancel the order as well.

The item was shipped 12 hours after trying to cancel.

I received one email telling me what steps to take and when the steps I was told to take did not do anything I reached out for assistance and did not receive a response.

I find it very unprofessional that responses are better to online reviews than to customer service issues.
Helpful (1)
Thank you

Niranjan P. – Costumes4Less Rep Over a year old
This order was placed on Walmart.com and not on Costumes4less.com. The order was fulfilled by us (Costumes4less.com) By the time, we got a cancellation request, the order as already out the door (we ship same day). Cusotmer service and refund requests are handled by Walmat.com Customer Service. Walmat does not share the customer email address with us.

Danika hasn’t received any thanks yous.

Danika doesn’t have any fans yet.

Danika isn’t following anybody yet.

I had ordered a costume 4 days prior to halloween with a 2 day express shipping hoping to receive...

Company is misleading and doesn't stand behind their mistakes. I ordered this when it was the...