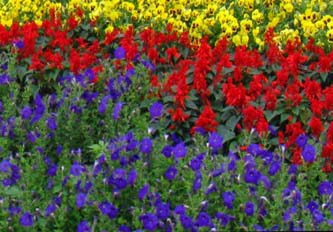 I've been using the Skadate software for five years now and after a very slow start, things are finally looking up. That was until a month ago when I noticed I couldn't post any links to the site from the facebook page. The site had been blocked by facebook because it "breaches our community standards policy".

This review is about two aspects of Skadate and their software. Firstly, the ongoing ticket support and how they helped me resolve this issue and secondly, the security aspect of the software.

Some years ago, when I first purchased the Skadate software I found it complicated, confusing and very difficult to work with. As the time passed and I purchased more tickets the coding became clear to me and I now I find it quite easy to make changes and modifications myself.

The main reason for my review today is the support I received this last week. As I mentioned, I found myself in the position of having my site blacklisted by facebook. I Googled it and quickly realised that 1000's of others have all been in the same position and the outcome was pretty much the same... no way of resolving it!

One of the various problems was the fact that there is no way to contact facebook other than completing their 'feedback page' and that was just a waste of my time!

Over the next three weeks I sent 326 'feedbacks' about my site being blacklisted and emailed zuckerberg three times, none of which probably even saw the light of day!

After more Googling, I saw that this same issue had affected all types of websites from personal non-profit sites to quite large commerce sites and some had even gone to the extreme lengths of changing their IP or even hosting to resolve the sites being blacklisted.

My issue with facebook was that my site had been listed on their platform with no Community Standards policy breaches for over four years and all of a sudden, 'with no changes' it now breached the policy. How could this have happened if there had been no changes?

After exhausting all avenues and realising that I may also have to go to the same extreme lengths as others such as changing my IP or even hosting, I put a ticket in to Skadate. I didn't have any live ticket open but messaged them anyway asking if they had come across this issue before and if they had any ideas.

The following day, I received a reply from Lora who had looked into the matter and taken it upon herself to contact facebook on my behalf to explain to them that my site was to a particular standard and that it did not breach their community standards policy.

Two days later, I tried posting a link to the facebook page and it worked! What a relief! I attribute this change solely to Skadate support and without it, I would now be looking into making major changes to my hosting. Facebook is a necessary evil in the game of marketing and without it, traffic generation would be much more difficult.

Secondly, I would like to mention the security of the Skadate/Oxwall software. I also have other sites which include Wordpress and other software coding and over the years, I have encountered many problems with hacking attempts, particularly with WordPress, even with Wordfence, Shield and other security software in place. There is always someone trying the latest tech to hack your site.

In contract to my other sites, I have never had one problem with the Skadate site regarding hacking. To me, it just seems... safe!... and that is very reasuring!

Hope this helps anyone reading.
Regards

The support is currently $99 per month and while that seems quite a lot, the support I have received in this last ticket has been 'outstanding' and well worth it! I was allocated Lora who has been unbelievably helpful even offering extra help (regarding css and ways around things etc) where possible.

If you have a few things to work through, the costs comes down to just cents per issue and the support is absolutely top professional. There are a couple of bugs with the actual software but the support which I have received has been fantastic! Professional and straight to the point yet still friendly and if you are lucky enough to get Lora, you'll be sorted!

As stated I would add to the update if things changed. Since my first review over a year ago the...

Great service, I searched for months and found that skadate had everything all in one package. Of...