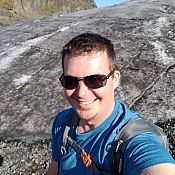 TigerDirect
“Stay Away from Tiger Direct”
Issues started 4 years ago when I ordered a computer for our business. On the website, I searched for new computers as a filter, I found one that said new on the product description. When I received it, it was refurbished and came with a CD for me to install Windows myself. Only after I filed a complaint with the BBB did they try to work towards a solution. Four years later I decide to give them a second chance. I called and spoke to someone to make sure I was ordering a new computer. I placed my order. Three hours later I received a call from Tiger Direct saying that the product was out of stock... even though it said it was in stock on line and their sales rep said it was available for sale. I told them to cancel my entire order (there was also a monitor on the order) and that I never wanted to receive anything or do any business with them ever again. The next day I received confirmation that my card had been charged for the monitor and that it was being pulled for deliver and I could no longer cancel the order. Now when it comes, I have to send it back as customer service said they can't cancel the order at this point. Stay away from them. They bait and switch and have horrible customer service.
Helpful (18)
Thank you