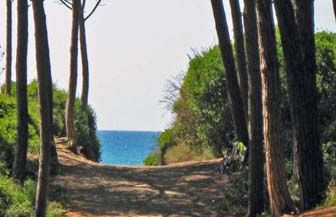 Quora
“World's worst environment for bullying. AVOID this site if you are vulnerable.”

I just closed my account down on Quora after several months. I had gone on there because I liked to write, and I am at home a lot due to health issues. But it didn't take long before I started feeling as though everything I wrote was being pecked at by other Quora members. I was regularly being insulted, presumed stupid, mocked, criticised, and just given a hard time when I never provoked it. And this includes Quora's own moderators, who would keep slapping me with violation notices for nothing - I had no idea what I wrote that was so wrong. But I would get the violation notice and it would not explain what I wrote that they felt was in violation. I also got violations if I tried to stick up for myself when someone attacked me. They were allowed to attack me, but I was not allowed to defend myself. Wholly dysfunctional, that.

Then I was made moderator by someone, which at first I thought was really cool, but within just one week, I was finding that the questions I would post to this space were being attacked by some of the other people - mostly men - in that space. I was trying my best to post good questions, but it didn't matter. They would get attacked. So I messaged the Admin, who was one of the few kind people on there, and told him I didn't want to be moderator anymore because of all the crap I was getting, that I felt bullied. So I was brought back down to contributor. But even when this happened, I would still get picked on when I answered anything or commented on anything. So I stopped being a contributor. The admin noticed, asked me back, and for him really, I came back on there, but I didn't really contribute much, purely to avoid more grief.

I had a lot of really nasty things said to me, none of which I deserved. I am not a nasty soul and I am not the type to be horrible to people, and I had been on Quora defending vulnerable people and challenging racist posts.

And it just got worse and worse, and Quora kept slapping me with violations when I was the target of the abuse, not the instigator, and I had enough. For my own sanity, I closed my account.

If you are vulnerable in any way, avoid this site. Because these people will suss it out, and peck at you until you either close your account, or top yourself.

Shame on you, Adam (owner of Quora)

I had been looking for an alternative to Quora, and did a search online, and found Fluther, and joined.
Firstly, Fluther is nowhere near the giant that Quora is, so there is nowhere near the amount of questions/activity on this site as on Quora. Basically, it's a bit dead, with not very many new posts.

And the programming behind it seems quite outdated and clumsy. For instance, when you type a response, and hit the enter button for a paragraph space, it either does nothing, or it only drops just underneath, rather than a proper paragraph space. Awkward. And I've never had that issue on any website before.

It also seems as though you can only edit your response once, because I tried to edit my response a second time, and the option to do so had just vanished. No pop up box came up to tell me what was going on, either.

And yet, they preach quality in a big way. In fact, I had only been on there a few days, and I received an email from a moderator which I found to be quite patronising, and they were telling me that as they placed great importance on making their site look "spiffy," (they use lots of outdated words on this site, weirdly), that I needed to make sure that I watched my grammar, punctuation, and not use all lower case - the latter of which I tend to do as it's my thing, my trademark, as I've done it for years, and nobody else ever had an issue with it. And there was no issue with my grammar or punctuation, because I know how to write, thanks.

So, I decided to go through other people's posts, and it didn't take me long at all to find that most other posts had several typos or grammatical errors in them, or they were just very poorly worded, as if a child wrote it, and yet, those users weren't told to edit them. Go figure. I guess it's a case of picking on the newbie. Warm welcome guys, thanks.

I also get the impression that the site is very cliquey. You've had people who have been on there for years, and they don't necessarily like newcomers. I also noticed a few responses by users that had been on the site for ages that I found to be quite bullish or mean, and yet, those people didn't have their responses removed.

Finally, one thing that really bothered me was that, on their site, in the top right corner, under your username, there would be some message for you, and it would change every so often. And it would say really creepy things like "you're looking very dapper today" or "please stay on here for a while" or "we love you, even with that wart on your face" or "you make us weak at the knees", bit like messages from some stalker. Maybe some people are fine with it, but again, I found it to be quite unsettling and weird.

They also don't seem to have that many topics available. And again, the interface just seems really outdated. I tried to post a question, and had to retype the entire thing because I couldn't figure out which button was the right one to submit. Which has never happened before, either.

So, if you want to enter the twilight zone and go back in time 25 years, this site would suit you. Otherwise, avoid.

dani hasn’t received any thanks yous.

dani doesn’t have any fans yet.

dani isn’t following anybody yet.

I come to ask questions and get answers, but normally its just insults based off my question if...

Any B. reviewed Quora