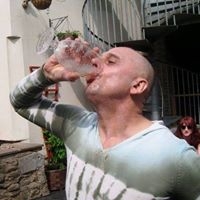 Approved Used Cars LTD.
“SCAM”
After reading your reviews about this company I contacted them via chat, just to test the waters. I told them I am interested in buying a car but would like to view it before I committed. Now bear in mind they actually state that they bypass the dealerships and that that make their profit from high turnover. (How it works) drop down menu.
They replied to me that they mainly deal through dealers. Mainly doesn't mean only.
So I said sorry for my misconception but all your testimonials seemed to come from private buyers. (By the way look at the dates of these testimonials, they go back to 2012.)
I was then cut off.
Also the day before their site was "approvedcarsltd.co.uk" and when i went to look later the website had been suspended. Today I found the site on http://colne-usedcars.com. Exactly the same layout as the day before.
I cannot thank the reviewers enough for flagging this site up previously as I too would have been stung
Helpful (3)
Thank you

I too unfortunately became victim to these rats and to see that they are so greedy setting up a...

Trace the domain name of the site and it ends up in some fake address in America. Don't fall for it.