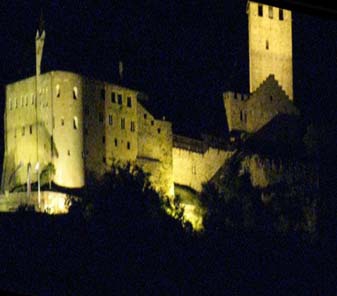 Entireweb
“EntireWeb is a scam. Do yourself a big favor. Stay away!”
This is a real legitimate review of EntireWeb. If you want to actually advertise and get real traffic, stay way from EntireWeb. They steal people's money and give them nothing. I've personally been scammed by them. Once I paid them for advertising, for example, my ad stayed in "Waiting approval" status for several weeks, and they would not respond to any emails at any of their 3 email addresses. They only responded after I made a PayPal fraud claim. Then they acted like they were making improvements to their system, and that they would fix it and provide services. They even pretended to offer me 27 free additional clicks for the trouble. Then they showed my ad for a couple weeks or so, then took it down. During that period I received only 5 clicks (I was guaranteed 127 clicks). At that time my PayPal claim was closed, and they then and now will not respond to any emails I send to any of their email addresses. Now it's been about 4+ months. I paid $60 dollars and got 5 clicks after a ton of headaches and getting ignored again and again by them. Now after 4+ months, they still will not respond and have pulled my ad weeks ago without delivering the promised traffic. Don't be scammed by EntireWeb like I was. Take your hard-earned money elsewhere.
See the screenshot to see where my stats for my ad stands after 4+ months. Notice that the ad is blank. Also notice the Awaiting Approval message. And notice that after 4+ months, it's only received 5 clicks of the 127 total owed (122 Clicks remaining). Please save your money and spend it on legit advertising, not this EntireWeb scam.
Helpful (2)
Thank you
MobileiGo.com
“Good experience, Decent prices, Fast and friendly service”
I've ordered a few things for my cell phone and tablet a couple times from mobileigo.com. The product selection seems pretty good, and the prices on some items are great and some items are just okay. Of course most online stores are like this too. I ordered a charging cable, a Reiko phone case for my iPhone and a portable charger power bank. They shipped the items very quickly, and they all arrived quickly and in perfect condition. I received a tracking number as soon as the items were on the way as well. Overall I'm super happy with what I got and the service I was given. I would definitely recommend mobileigo.com for anyone looking for a good online shopping experience for phone accessories or other mobile accessories or device.

Helpful (0)
Thank you
Inventory Source
“Avoid Inventory Source at all costs.”
This is absolutely one of the very worst vendors I have ever worked with in my 18 year business career.
Save yourself a ton of money and time, and find an alternative. If you're selling on Amazon, and you really desire to get kicked off of selling on Amazon then go ahead and use Inventory Source (this is sarcasm - don't use Inventory Source).
Their software has a lot of potential and promise, but it is absolutely broken, and they refuse to fix it. Yes, they refuse. Just read all the other similar one star Inventory Source reviews. Also notice the company's responses to all of the one star reviews. Every Inventory Source review response consists of excuse after excuse after excuse, and they even blame the customers for why their Inventory Source products and services are non functional or are terrible. We've had this same horrible experience.
**Note to Inventory Source if you one day come around to make a change and start to give a crap***
One of the fixes for one of the inventory issues is very simple as I've explained on numerous occasions: When a product becomes "inactive" or "discontinued" on the supplier's side, simply set the Shopify (or other platform) inventory to zero. That's it. It's as simple as that.

Dan Has Received 1 Thank You

John h. thanked you for your review of Entireweb

I have tried submitting a ticket to get my membership closed and get my 10.00 refunded back to me...