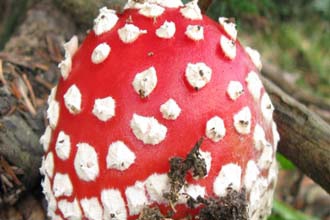 Macktackmart
“Have ordered 2 dresses in August 2013”

Have ordered 2 dresses in August 2013. Both came from Turkey, not from NY as mentionned in their website. Both dresses were faulty and dirty. None of them could have been checked before sending as they came diretly from teh manufacturer ( Tarik EDIZ). At first, MackTack kept telling me that it was not possible as they chcked the merchandise before sending it. But that could not obviously be the cas as it was sent from Turkey. It was a complete lie made in order to justify their no return, no refund Policy. After putting a first comment on site jabber, I was contacted in October and offered the possibility of an exchange. But no prepaid label was sent as originally promised, and no address of return or any more détails was communicated. After many emialings, I finally received that the exchange was no longer possible.
It is a pure joke! MackTack is the worse website I have ever had to deal with. Even, when you buy from China the service is cheaper and better. They should be ashamed to dare write that they " pride yourself in Customer satisfaction" as it is the purest bull$#*! I have ever heard and read from a company which made the best effort at disappointing her Customer and lying to her since August.

I warn any customers not to buy from them.

They will send you whatever dress they habve in stock just to make the deal. If you are Lucky only, then the dress will be hopefully your size and in good condition. But apart from luck, you have a great chance not to receive the right dress or, the right size, or a non faulty one. ANd they will then advance a non return Policy that appears nowhere in they website but that is suppoesd to be accpeted by the client once he place an order. A pure abuse, as the rest!

Have ordered 2 dresses from the same designer. One came in very good quality fabric but with the wrong measurments and a broken button attach. The other came in very bad quality fabric and in a colour that was not as called ( light purple for what was originally called powder pink). I asked for a replacement. Been told that it was not possible to replace with the same items in good conditions. SO I asked for another dress instead and a partial refund. WAs refused and propsed a partial credit note. When I received the form, it was stated that the credit note will be made after taking restocking fees and packing and postage charges. I was revolted by such pratices. It is absolutly abusive and nobody made sure I was aware of that. I am buying a lot online and have never seen such unprofessional and non commercial practice. Not to mention that unlike the girl who took my order and who was very nice and friendly and helpful, the person who delt with my exchange/ replacement request was rude and unfriendly. I am thinking of taking actions against them as tise dresses were for my brother wedding which is approaching. Not only they delivered faulty dresses but also made me lose my time and lose my chance to buy from another serious retailer and be deliverd on time. I ll have to seek for compensation now.

Dear Dalia,
We apologize for the inconvenience. MackTak prides itself in customer satisfaction and we are constantly working to improve ourselves and to better serve our customers. As for you case, we can say the following: When a customer is placing an order we assume that they are aware of that company’s terms and condition they are ordering from; not to mention that you have to agree on our Policy before they submit their orders.
Sometimes dresses are not shipped from our warehouse and go to a customer directly from the designer’s warehouse. Please contact us with your order number and we will do our best to take care of you.
Thank you
MackTak Mart Team

DALIA hasn’t received any thanks yous.

DALIA doesn’t have any fans yet.

DALIA isn’t following anybody yet.

Zero customer service! We are assuming they are no longer in business since we have not received...

After purchasing a dress for $1300 USD Dollars. Dress arrived and is significantly different to...