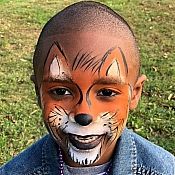 Bluefly
“Double charged me”
If I could give them negative 10, I would. In November I order a bag from them and I was charged twice, they said they couldn't cancel the second order so to refuse the shipment when it comes. No second shipment came. The tracking said that both orders were sent in the same box but when the package came there was only on bag in the box and the invoice said that it only contained one item. I called them back and emailed to tell them that I only have one item and charged twice. They said that they could see that I only received one bag and they wanted me to take pictures and they would process my refund. After weeks no refund, they kept saying that they were working on it, so I disputed it. They told PayPal that they shipped me two items so I had to appeal and supply all the emails where they had stated I was due a refund and there was only one item. So later bluefly contacts me and say we will give you your money today if you drop the PayPal claim. Contacted PayPal and they said not to do that and that makes no sense and if they refunded me my money, it would cancel the dispute. So I contact bluefly shared that information. PayPal later told me that bluefly said they only charged me once, which was a lie because the charges are 1 second apart and they are in my activity. I contact bluefly 20 times after that and never heard back. So after over 2 months of fighting I won my dispute.
Helpful (3)
Thank you

Cristina hasn’t received any thanks yous.

Cristina doesn’t have any fans yet.

Cristina isn’t following anybody yet.

I ahve tried emailing the company several times directly from the "Contact us" button on the...

I received the wrong pair of jeans and I e-mailed their flyrep e-mail right away. IT HAS BEEN...