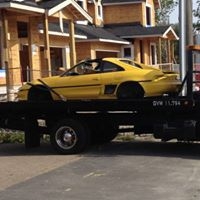 Buyer Beware, the V4 LED bulb line is total china junk, only has 2 year warranty and fails in 1.5 years. Great you get a replacement bulb but then the warranty starts from the original purchase date. And your screwed at 3 years the second bulb fails.
When you contact Customer support they rarely read your email and play nothing but games. Make promises that are untrue and go back on their words.
Don't post reviews made on the web page.
I would have gone HID if anything they said on the web page was true.
Check out the BBB complaints from customers

I cant believe they charge money for this site. Has to be the worst design I have ever seen or used.
Redesign removed noshows
Customer support responds with totally incorrect info
People bypass group owner authorization by paying with PayPal. Automatically lets them join group

Destroyed the app and have made it the most confusing thing ever.

I have even started a petition please sign
https://www.thepetitionsite.com/en-ca/386/230/197/please-fix-meetup/

Helpful (10)
Thank you
Banggood
“Buyer beware, only use paypal, totally screwed over”

I have had issues in the past and will only purchase items with PayPal on this site.
Recently decided to give it a go again.
Ordered a dyson bladeless fan copy. And it came scratched and defective. Think is louder then the cheapest fan from Walmart.
Banggood basically says nothing and after second message off 5.00 site credit.
3-4 th message I get 11.00

Basically want me to absorb the other 50.00 for a useless junk item.

Update,:
Banggood basically refused to help me even after showing them with pictures and video the product was defective.
Banggoods Next trick was telling me I had to ship the item back to china. Post office said 165.00 i contacted BGood and they said they could give me 10.00?
Submitted a PayPal dispute and they said same thing but I called PayPal and explained the situation. They are purposely sending defective junk and then refusing to help and then offer a ridiculous resolution.
Eventually PayPal gave me a refund

So I want to warn all customers that this is what you can expect. So don't buy anything expensive unless you want to be treated like this.
Because this is the 2-3 time Banggood has done this so this is standard procedure. Again don't buy anything unless it's with PayPal or you will be royalled screwed

I see BG responded which is a joke this was my first step and basically they refused to help.
They ignored anything I had to say and pulled the return to sender knowning it would be 3 times the cost of the item.

Update 2:
I see banggood responded, another joke,
They make sure you do not pay with a legitimate system that will get you a proper refund. Thank goodness I used paypal or I would be screwed

Dear Craig L. Thank you for your comment. If possible, would you like to tell us the details about your problem? We would appreciate if you would like to share how we could improve our service.
Hope to hear from you soon. For any further information or assistance please feel free to contact us. We will do our best to assist you. https://www.banggood.com/Contact-Us_hi111

Surprise, surprise, but this is just an extension of the same clique bull$#*! you thought you...