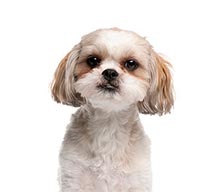 ReplacementsLTD
“The Worst Customer Services in North America”
Ive been online shopper for the last 17(!) years since September 2000 and never ever experienced anything like that!
Last November I placed my first order at Replacements. A week later I received my order to discover that most of the items have had a different color from the pictures on the website.
One of the items Poppy Splatter Flower Shape Soup/Cereal Bowl [SOCEFL] by Maxcera Corp Web ID: 86287991 came in 3 pieces. I took a picture and sent it to the Replacements and received a credit.
I decided to keep wrong color items for $185.85 for gifts. Hoping that Ill buy later a replacement for the cracked bowl. I am in Canada and even if the order is eligible for Free shipment in US I each time paid for the delivery US$49.99.
Taking into account my negative experience with colors, for the next order of December 15,2016 Ive chosen small items to check the colors before making next big purchase.
3 next orders of January 8, 9, 10.2017 were not processed for more than 10 days and I cancelled them.
I contacted Customer Services before placing a next order and mentioned that I want scarlet red not peony red. I made this statement in writing when placing orders on January 22nd and 24th.
I was shocked when I received those orders and most of the items were wrong colors, different from the web, cracked or defective. It took several long phone conversations with VP Customer Services to arrange receiving prepaid FedEx labels to return those items back to the Replacements. The laughing part of it was, that Replacements employee wasnt able to e-mail labels as a. JPG files: fax only. So I should find a fax machine to get them.
Tracy, VP Customer Services e-mailed to me, that a person, who was good with colors would be assigned to my account for future, which never happened.
My next order of March 2,2017 again arrived with wrong colors plates. Tracy and an Executive Assistant called my cell refusing to pay for mailing wrong items back to the US.
My next order of March 20th was cancelled by the Replacements. No one at CS returned my calls, as well as my e-mails.
The worst of all from Replacements side was removing my Favorite Patterns from my account which I planned to use for the future online purchases. It took me several evenings for a week to check 375,953 (!) matches for red color patterns! https://www.replacements.com/search/?query=red&i=24&p=0&fq[]=product_type_exact:China
Who will return this time to me?
After waiting for a week for an order of May 4,2017 with Poppy Splatter Flower Shape Soup/Cereal Bowl [SOCEFL] by Maxcera Corp Web ID: 86287991, I opened my account and discovered that order was cancelled by Replacements. I called CS last Saturday. The gentleman on the phone had promised that Id be contacted by VP on Monday. Nobody did.
I told Tracy that in telephone era one unhappy customer told 10 people about h(er)is experience. Now 1 person can tell on social media thousands of people.
Helpful (0)
Thank you

ConsumerRights hasn’t received any thanks yous.

ConsumerRights doesn’t have any fans yet.

ConsumerRights isn’t following anybody yet.