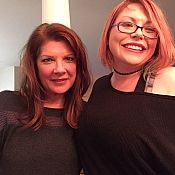 SurveyMonkey.com
“Deceptive Pricing Structure”
My daughter signed up with Survey Monkey for a class science project. Not only was budget a personal concern, but the science project had a funding limit that would disqualify her if she went beyond. We signed up for the standard $37 per month survey knowing we would cancel long before the second month was billed. The price was $37 per month. There were no astericks or disclaimers in the pricing section of the plan description. We didn't notice a tiny asterick under the "1000 responses per month" portion of the plan description as we had no intention on needing any more than 1000 responses. We expected far fewer and were totally fine with being capped at 1000 as other survey platforms do. Within several days of the survey being published we had over $3,000 responses. What we didn't know that we were being billed for each response over 1000. We never receive notification that we were over the 1000 limit and had no idea we would be billed for ANYTHING other than the only price that was listed in our project plan, $37. The plan was cancelled long before the month was over and we were charged 10 times that amount. We believe this is deceptive marketing because:
1. The asterick was not next to the pricing line item in the plan description. If the pricing was subject to such a drastic increase without the subscribers knowledge, it should be much clearer and in the pricing line item on the plan description. The pricing should not just say "$37 / month" It should say "$37 / month for the first 1,000 responses. An additional 15 cents per response will be billed for each additional response."
2. The line item "1000 responses per month" indicates a cap on the amount. Clearly, there is ZERO cap on the amount and you can get skies the limit on this plan.
3. The asterick next to the "1000 responses per month" and tiny disclaimer that was associated with it was not within the plan table and intentionally easy to miss for such an important and expensive detail. You had to scroll far down beyond the plan information for it to be within screens view, and on my high resolution screen, the font size is well below 8pt.
4. Although the disclaimer was missed by me, and I assume also missed by my daughter, it, in and of itself, is confusing. It states, "*1000 responses per month $0.15 per additional response. SurveyMonkey Audience responses sold separately." This indicates to me that the additional audience responses are sold separately as an option.

Colleen hasn’t received any thanks yous.

Colleen doesn’t have any fans yet.

Colleen isn’t following anybody yet.

I was just exploring the different plans and was trying select 1 user instead of 3 but then the...

I have two accounts, Basic and Pro under the same email address. I cannot get into the Pro...