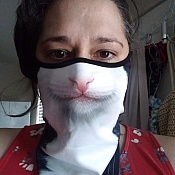 I reported these guys to my attorney general. I forgot about it and the contacted me back a few months ago, because 1. Nectar never responded to the AG. 2. They are now under official investigation by the state of California and they wanted an updated statement along with my originally submitted evidence. So, if you want to buy from a company that doesn't even respond to Attorney General inquires or investigation, then go ahead. Or, you can just save yourself this horror show and not. I purchased a few things from this company and they all went badly, the mattress didn't last either, but I was too exhausted to take them up on their so called guarantee, which is also fake. You have been warned.

I have nothing but nightmares on my Nectar Sleep mattress. They have been the most illogical and difficult company I've ever online shopped with. The customer service doesn't exist. They delete my stories I share on social media because they don't want to be exposed for the scam company they are. Your best bet? Avoid! If you can't, contact your attorney general, and the FTC. Companies like this shouldn't operate in America, and we need to keep on reporting them, en masse.

Customer service isn't great, I sent in some high end brand name clothes a month ago and never got credit or had it processed. After reading these horror stories, I won't continue. It is good in theory but poorly executed and just a miss. I was hoping to trade in my clothes to buy new ones. Fail. I have a heap of clothes waiting to send in more, never even got a new clean out kit requested weeks ago. I'm just going to look into local consignment shops. I'm unhappy with Thredup. Not continuing on. Would not recommend

So I figured this would be a great way to earn some passive income. What a wrong assumption.

I had issues with the crackpot they hooked me up with to enroll. Then I realized how scammy this place is. Just like Uber, where you cannot actually reach anyone to report any issues to. Thank goodness I figured this out before I pulled the plug on going forward. I can see the writing on the wall of how impossible it would be to resolve any issues. Hosts: Avoid!

Recommend for IN PERSON services only. For that stuff, they are amazing. The fine details and other things, just an average to poor, infuriating bank.

It is sad that even the credit unions are becoming detached and impersonal, these days. I love my home branch though, but do hate the 800 number, they can be very attitudinal and I lose my cool at times. It can be stressful and counterproductive. They have good credit cards and have been great on helping me repair my credit after a Ch 7 bankruptcy.

Their app is excellent and you can do almost every banking function from it. Difficult to resolve unusual issues with tech support.

Helpful (0)
Thank you
GEICO
“The best of the best”

Insurance, we all need it. I never could really afford Geico, but I get a discount because I'm a Navy Federal customer. It is by far the best insurance company I've been with, that I can recall. Glad to be a customer.

Hit or miss. They have some growing to do. I suggest hitting them up on social media, IG in particular to get help. Their email support doesn't work. They need to focus on stabilizing those pieces before expanding so quickly with other products, when they haven't perfected the ones they have or their basic shipping processes yet. They need a lot more QC with the products, but especially with their customer service and tech support. They have promise, but I'm on the fence right now. You can't beat the price point, but they have a lot of work to do.

Tip for consumers:
Contact them on IG for help, that was the only way I could reach them.

The businesses pay for falsely high ratings. It's a sham, just like Yelp.

This site used to be good, now they are just shaking down companies for money to have faux high ratings and delete the actual bad reviews. That's a shame.

The biggest scam company I've ever encountered in my life. They have an infinite amount of energy to just rip you off and lie about doing that. Just check the BBB rating. It isn't even a 2! Avoid these guys at all costs.

Tip for consumers:
Just don't use these guys! If you are desperate enough to use them, just don't. Find any other way!

Products used:
One loan 2 of 3 products were bad, they still tried to stick me with one of the bad products and were completely irrational. A loan of over 1500 dollars.

Civil hasn’t received any thanks yous.

Civil doesn’t have any fans yet.

Civil isn’t following anybody yet.

Would give negative stars if possible. You cannot return the mattress if you do not like it. They...

I really wanted to give this company the benefit of the doubt despite reading mixed reviews. I...