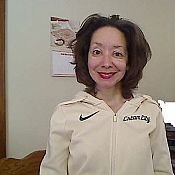 Legalhemponline
“Nothing but a scam!”

I ordered three bottles of k2 spray for my boyfriend from Legal Hemp Online on 4-26-21. I was to pay $140.00 by CashApp to Keke, CashApp ID: $CusKey17. I had to buy 3 bottles because their minimum requirement was $100.00
I paid the $140.00 and sent a screenshot of my CashApp payment. The next day I received an email saying that shipment was halted because I had to pay $175 insurance fee. Nowhere on their website did it say I would have to do that. I did not want to pay this, so I sent them an email and told them I wanted a refund. Instead of sending me one, they sent me another email saying that CashApp blocked their ID and I would have to pay $140.00 again. I again emailed them and told them I already paid the $140.00 but wanted a refund. They ignored that request again and sent me another email saying I had to pay insurance before the items could be shipped, and gave me another ID to use: CashApp ID: $mkurungezi Name on CashApp: John Bosco.
Again I emailed them and told them I was not going to pay the insurance fee and they sent me a third email saying I had to pay the $175 insurance fee before my items were shipped, and to sent it to: CashApp ID: $funnymike098 Name on CashApp: Mike Hampton.
The items were never shipped to me and I have repeated requested a refund which they ignore. I am not paying them $175 for insurance. This place is nothing but a scam.

Tip for consumers:
Don't use it!

Christy hasn’t received any thanks yous.

Christy doesn’t have any fans yet.

Christy isn’t following anybody yet.

They good and have good products no doubt but am not satisfied with their services after i...