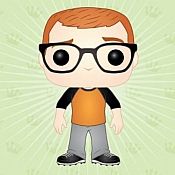 Lyft
“Unsafe”
My issue with Lyft relates to the experience that I had a couple of nights ago.

I needed a ride to the store on the corner. It is less than a mile and normally I would walk. But it was raining and I needed some medicine.

When the driver picked me up, his stereo was up very loud. I take a seat and immediately saw that his windshield was shattered. This wasn't a crack...it was a spiderweb shatter in the center spanning out over the entire windshield. This worried me that not only was his view obstructed but also that it was dangerous.

On top of that, he was texting while driving checking for his next fare I assume (glancing up and down through the cracked windshield while driving in the rain).

I contacted Lyft who responded they "take reports like this very seriously but do not offer refunds".

They might be very slightly cheaper than Uber but at least Uber would have communicated better and offered a refund or credit for the next ride.

I used Lyft 3 times this week and this was my only complaint due to safety and they emailed a generic copy/paste response and told me that I should have requested another ride. However I was standing in the rain, was unaware of the windshield/loud music until I sat down, and did not know he would be staring at his phone while driving.

Some would say that I should have brought my concerns to the driver's attention. I tried...but the driver did not speak English. He just nodded, smiled, and laughed.
Helpful (3)
Thank you

One of their drivers exposed me to corona and now I can't ride with Lyft! The person I talked to...