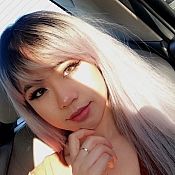 HoneyColor
“Very fast shipping”
Tbh I've ordered at honeycolor for the past 2-3 years and never had a problem in regards to my order. I've shopped at pinkyparadise but this site is so much better in terms of how fast my order was processed. And also the fact that they restock faster than PP.

My last purchase was March 18 in which I received on the 21st. Which is absolutely incredible because I know that it usually takes a week for it to arrive (i'm in Canada btw) but it literally took 3 business days.

I'm very happy with this site and I will continue shopping here. It saddens me that people have negative experiences with them but maybe this site is a hit or miss??

The only thing I do want to mention is that their currency rate on their site is weird. Even if you change it to your preferred currency, they still charge it in SGD (idk why its SGD when it was always USD). The currency format is just super confusing.
Helpful (0)
Thank you
TTDeye
“Awful and not worth it”
They absolutely have the worst customer service. Will never order again (I had to post a review bc just thinking about it made me so agitated)

I ordered contacts beginning of Sept 2017. I wanted to get the contacts before my birthday (mid October) and surprise surprise, it never came. My tracking number said it was shipped out mid September and was like that til mid October. I decided to take action and contacted customer service in which they told me that there was a problem and they had to send the parcel back.

What I didn't understand was that why didn't the tracking number update its location saying it was returning back to China? (I'm in Canada btw). So for a month and half, I wasn't notify of this at all so obviously I'm going to be upset.

I requested a refund but they reassured that they would send my package on time so I had to open up a Paypal refund request since this company wasn't going to give me my money back. Even though they claimed to have resent my package, there was no proof that they did because the new tracking number didn't show anything, rather it was invalid. I messaged them about it again, and it took them almost A WEEK to respond back. (their replies take about 2-3 days which was hella annoying)

I repeatedly asked for a refund and they kept saying "don't worry" - LITERALLY LIKE THAT. And they also offered a 20% off discount for my next purchase. Honestly, why would I even buy from them again?

I did get my contacts about 3 weeks later but honestly this was not worth 3 months of waiting. The contacts were nice at first but after 3 months, it started to irritate my eyes and some parts were really blurry even though I've cleaned them.

I do not even wear these contacts every day (more like 2-3 months) and it's already deteriorating! This was not worth the headache AT ALL.

If anyone wants to see proof of how horrible their customer service is, just DM and I can send you the exchanging of our emails.
Helpful (4)
Thank you

I ordered a pair of Geo Blenz Chic Blue Yearly contact lenses. Along with my order, I received a...

I love using HoneyColor for lenses. I don't recall any of my orders ever getting here late or...