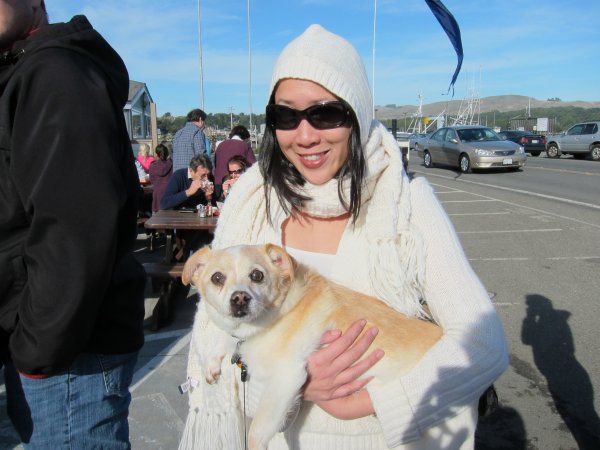 Then, in December 2012, after getting a bogus ticket for allegedly not stopping at a stop sign (btw I totally stopped), I took their online course again. They transmitted the certificate of completing electronically to the DMV.

However, beginning September 1, 2012, all DMV approved traffic violator schools were required to submit certificates electronically to the Court, which would then send it along to the DMV. Because they sent it to the wrong place, I got a point on my Motor Vehicle Report, which caused my insurance premiums to go up $250 for 6 months ($500 for 1 year)! The worst part is they didn't even realize their mistake until I pointed it out to them! I wonder how many other people they screwed and caused to have increased premiums . . .
Helpful (2)
Thank you
Shutterfly
“Shutterfly has the most intuitive, user-friendly photobook.....”
Shutterfly has the most intuitive, user-friendly photobook making program.

More importantly, they really stand behind their program and products. After my wedding, I made photobooks for my family for Christmas. When I switched the size for some photobooks from 5x7 to a 8x8, it shifted the border on the covers. The shifted border wasn't visible on the preview page, so I didn't discover the error until I received the books in the mail.

So when I stumbled upon it in November 2011 while perusing through my OpenTable account, I contacted OpenTable customer care and asked if I had used the certificate yet. Their response: The certificate was still "valid."

Then in early February 2012, I got an email reminding me to use the certificate before it expired.

Not wanting to lose out on a deal, I promptly made reservations for the Friday before the certificate expired. Following instructions, I gave our server the certificate right after we put in our orders. Mid-meal we were informed that our certificate had already been used. So, instead of having a $50 credit towards our meal, we had $0. Creola is awesome (especially their fried chicken), so it's not like it wasn't worth the money, but we were expecting that the certificate was still valid because of (1) OpenTable's representation in November 2011 that it was "valid" and (2) the reminder email in early February 2012 from OpenTable.

When I contacted OpenTable about their misrepresentations, they explained that they do not keep track of what certificates are redeemed. Instead, they pass off that administrative task to the restaurants. Since that's the way they conduct business, they should not have told me the certificate was still valid in November 2011, and they should not have sent out a reminder email to use a certificate if they did not know whether it was already used.

I might have been willing to forgive the misrepresentations to a certain extent, but not after OpenTable refused to accept any responsibility for their misrepresentations, or even acknowledge that they made misstatements.
Helpful (1)
Thank you
LivingSocial
“The deal said: "With 15 locations around SF, it's...”
The deal said: "With 15 locations around SF, it's a snap to take advantage of this deal. You're so history, latte." I reasonably interpreted this to mean that I could use the deal at any of the 15 San Francisco locations. But, after trying to use the deal at the Quickly's on San Bruno Avenue, I discovered this was NOT TRUE!

I contacted Living Social about this. They took 4 business days to respond even though their automatically generated email said they would respond in 2 business days. When they finally responded, the person told me that the deal was clear that it would only work at the Larkin Street location (despite the unambiguous language quoted above!), but they would still issue me a refund.

I replied and said, yes, issue me a refund. I didn't hear from them for 10 days. Then I emailed again about my frustration at (1) not receiving a refund, and (2) not receiving any sort of response. Of course, the next day, I received an email explaining that it was more than 90 days since I purchased the deal, so they couldn't issue refund to my credit card, and instead gave me "dealbucks" - their store credit!

After sending in two orders, the CEO sent an email (probably some form email) that posed these questions (I've included my answers):

- How likely you are to use our service again?
Maybe. I scanned most of the pictures that I want electronic files of, but if I happen to sift through my parents photo albums, I may use your service again.

- Would you recommend our service to your friends and family members? Why or why not? I would recommend the service to people. Many of the photo scanning services used to be outside of the country, and that was scary for many of my friends. I've already recommended the service to several people.

- Do you have any feedback on our pricing options? Were they straight forward and easy to understand? The pricing was confusing and isn't easily understandable from the website. I had to call and get clarification regarding some points.

My only complaints are (1) the backlog and time for processing, and (2) when I received my return order, my pictures were returned in the order I sent them (as I requested), however, they were not packaged in a careful manner. Many of my pictures came back to me bent, which was disappointing. The saving grace for the bent photos is I now have them in digital form so I can reprint a new copy.
Helpful (5)
Thank you
MyPublisher
“I ordered a photobook around Father's Day, and used...”
I ordered a photobook around Father's Day, and used the Father's Day promo code and got a decent price (comparable to Shutterfly's prices). When I was checking out, it said it would 3-4 days to process, so I picked the 2-6 day shipping option. Therefore, I expected to receive my order in about 10 days max.

It took more than 2 weeks for my order to arrive. The first few times I chatted online with their customer service representatives online, they couldn't give me more information than the fact that my order was being processed.

Finally, one of the customer service reps told me that they had a severe backlog because of the Father's Day orders. I told them they should have had some sort of message or disclaimer during checkout to let people know that their order would take an ADDITIONAL week or so to receive.

The lack of communication about how long it would actually be until I received my order was extremely disappointing. I doubt I will ever order photobooks from them again.
Helpful (2)
Thank you

I've been a customer of Shutterfly for years. I think it takes a while to understand their...

I am so pleased with this company! They have outstanding customer service! I recently placed an...