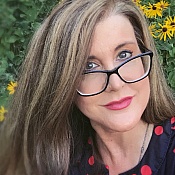 Luckyscent is one of the most respected niche retailers out there. I have purchased from them many times and have received literally hundreds of samples from them over the years. I find many of these reviews suspect. I have not received ONE "rancid" sample from Luckyscent EVER and someone claiming they received 30 rancid samples is just not being truthful. That's ridiculous. And they DO NOT sell fakes! Luckyscent is like the Neiman Marcus of niche perfume. It's like claiming NM sells fakes it just sounds silly. I feel like some of these reviews must be from a competitor trying to scare people away from their competition, I can't figure out any other reason for such outlandish comments. And no, I do not work for Luckyscent, I'm a long time customer. I started buying from them around 15 years ago.

As far as the samples, yes, they are dab ons, not sprays, and they are small (. 7 ml each) but this is clearly stated on the website along with photos. It's not their fault if someone doesn't read the info on their site. Also, their prices are much less than larger spray samples which is what many prefer. Some of their samples are only $4 while others charge $15 and that adds up. Luckyscent samples are for those who truly want to sample and not buy "decants".

I have had nothing but positive experiences and Franco has always been exceptional. Some people just can't be pleased.

Tip for consumers:
Read the numerous reviews on their website.

Christi hasn’t received any thanks yous.

Christi doesn’t have any fans yet.

Christi isn’t following anybody yet.

They're the real deal. The store is lovely and their staffs are extremely knowledgeable. They are...

LuckyScent is excellent for buying perfumes. I am its regular customer and quality is best. Price...