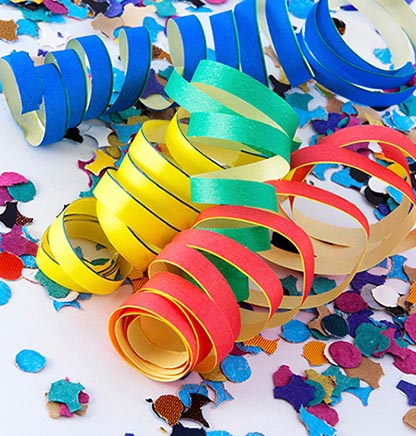 MTK Renovations
“ABSOLUTE COWBOYS. NO QUALIFICATIONS. DO NOT TRUST OR HIRE THESE!”

Ive tried to give these the option by being reasonable and pointing out the errors they have made because it is clear they arnt time served painter and decorators and openly admitted they arnt qualified.

So i got a quote to just gloss my skirts and banister in the halls and a tiny bathroom as i dont have the time being aa busy tradesman myself. I need to paint the walls and put new flooring in so thought id get someone in to do the glossing and free up some time.
Tahir came around and looked, told me £350 for what i wanted and i was supplying the paint and would take 2 days with 2 of them working. I agreed a start date and told them i needed to leave by 8 for work... they turned up at 8.45 with no call or text or apology.

2 of them walked in one of them carrying a paint tray and a brush. I was then asked if i had a spare paint brush as they didnt have another which set off alarm bells straight away. But i gave them the benefit and took them around the house again, told them again the carpets where going so to just roll them under the edges to paint the skirting and not to worry about minor drips and i was painting the walls so they didnt have to be to neat.
I then had to rush off being late. Around 12 i received a text asking if i could bring white spirit home! This made me start to worry so i left my job and drove back. I walked in to be confronted by paint walked all through the wood flooring downstairs and 2 men with paint up to their elbows like they had been painting with their hands. Nothing was put down to protect the wood floor.
I then noticed they masking taped my walls after me telling them i was painting the walls so to take it of or i would have no overlap when i came to paint. They had no idea what i meant by this and it took me a while to explain how to paint and why we dont tape walls being painted. And after all that they still didnt take the tape off and i had to do it.

Then i noticed carpets are all painted over around the skirts because they weren't lifted after i asked twice for them to do it now they are stuck to the sides of the skirts and i am now going to have to re sand these once dry and repaint.

2 matts have paint spilt on them. The bathroom one and the front door.

There is paint on the couch where someone decided to sit and eat their dinner then leave banana peels and muller yoghurt pots on the table.

Theydidnt take the tape off the walls like i asked you too so the bathroom now needs touching up.

There is paint dripping down every spindle on all banisters which needs sanding down now which is an added job i didnt want to do because i dont have the time.

There is paint on 3 oak doors where they havent taped up correctly.

There are paint hand prints on 2 doors.

There are 6 stickers from the previous owners babygate painted over clearly visible because they couldnt be bothered to take them off.

There are pools of paint in all the corners of the skirting which has dripped on the floor.

You text me asking for white spirit. What painter and decorator doesnt have white spirit or brushes?

And although i said the carpets where going i didnt expect pools of paint on the stairs which me and the kids have been trying to dodge.

And then they rushed a 2 day job and left after 1 day taking the £350 i left.
I called and told them this and he asked me how the best way to gloss is and told me they arnt qualified. He offered to come around and rectify it but i didnt want them to as they clearly dont have pride in their workmanship which i told him and id rather do it myself but i expected that considering he charged by the day and left after 1 day i should get some money back. He offered £30.
I am a tradesman myself and i would be ashamed to leave a customers house the way they did.
They are not trust worthy tradesmen and i cant stress enough that they are not trades men they are self proclaimed handymen with no qualifications or experience.

This company also trades as reconditioned engines. Read the reviews on this link.

I'm looking to seek a solicitors help with this and I've been advised it may be better to get as many people as possible to do this in one go. One reason is to save the cost and another is it will have greater impact in court.
I have had my van stolen from these people who quotes £1800. After paying £900 deposit 2 weeks later had to chase up where my van was and was given an ultimatum of pay £4500 or I dont get the van back and I'm apparently being charged £35 per day untill this payed.
This was since October 2017. The police are useless and say it's a civil matter. I've lost thousands in work and all my tools are in my van. I've had to buy new tools and use hire vans. Trading standards have been informed but nothing is being done.
Anyone who wants to do something about this please get in touch.
My email is *******@hotmail.com.
Thanks. Chris

We pursued through the courts but all addresses proved false. Avoid these people they will simply...