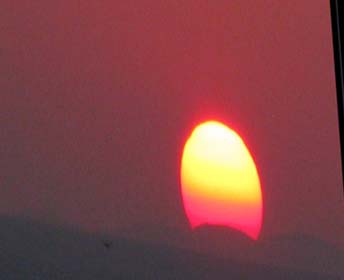 SCAM ALERT! DO NOT MAKE LARGE PURCHASES WITH THIS COMPANY! FILING A LAWSUIT!

I originally made a purchase of over $2000 on 04/02 and the package was supposed to be delivered on 04/07, but I never received it. I called to notify Adorama that I didn't receive my purchase and I have been sent on a wild goose chase. They originally told me that I needed to wait 48 hours before they could open a claim with UPS, which is false. Then, after waiting 48 hours they still didn't open a claim until I called two more times over a two-day period. Once I finally reached the "claims department" I was told that I would need to wait 10 more business days for UPS to finish their investigation. I waited 12 business days, with no response. Then I decided to call and get in contact with a supervisor, which is nearly impossible. I was told that I would be called back by a supervisor on two different occasions, and I never received a call. At this point it has been 22 days (16 business days), since starting this journey and it has been the worst experience of my life.

Now that the "UPS Claim" is finished, they now say that they need their own security department to complete an investigation. However, they won't provide a time window or specific date that the investigation will be finished.

While some of their customer service representatives are nice and helpful, the majority of them are not. One specific "claim representative" named Red R. Is extremely rude and belligerent. On all three occasions that I attempted to contact a supervisor, I was only ever transferred to Red R, who is definitely not a supervisor. He then proceeded to raise his voice and argue with me because I nicely asked to speak with his supervisor.

Today, 04/29, I successfully waited nearly 1.5 hours on hold to finally speak with a supervisor named Lance. Lance reviewed my case and said that he "doesn't know how long this will take."

Obviously, with no end in sight, I have had to take matters into my own hands. I am lucky enough to have a colleague that practices e-commerce law and he advised me to file a small claims lawsuit for the purchase and lost wages, which has totaled to around $4300 at this point.

If you are unsure about this company, just go check out their BBB reviews, then make a decision about making a purchase with them. WARNING: You do not want to have to deal with their customer service department. They will give you the run-around to save their money.

Tip for consumers:
Save your time, money and sanity by choosing a different company.

I ordered a Pelican case from here online, first of all an order that was placed with "expediated...

WARNING, WARNING! Very sorry to say that I ordered over $10,000 worth of photography equipment...