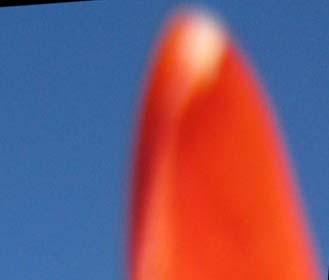 BakosGroup
3.1K Views
“After no success with my job search, I considered using...”

After no success with my job search, I considered using Bakos to do a major overhaul of the structure and format of my resume, which I knew had grown stale.

Before committing, I had several discussions about all of this with the Bakos Group. Besides patience with the multiple calls, I found John to be very knowledgeable and understanding, obviously a veteran in the resume business (a friend confirmed that Bakos Group was first registered in 1981 and incorporated in 1992). After gaining the comfort I needed from my calls with John, I jumped in and purchased their signature product, BAKOSresume.

We had done 4-5 rounds of revisions. The writers were very prompt, usually returning a new draft the day after receiving my edits. There were some ‘glitches' in the first draft, e.g. a couple of typos that spell check could not catch and misinterpreting the exact nature of some functional experience. I had expected some amount of this, but considering that the writers did the first draft based entirely on my original resume and a form that Bakos uses to gather additional information, I was very pleased with the draft. Actually I was glad that I did not have to get involved, as I had gotten sick of re-reading my resume and needed an outside perspective.

I received the first draft three business days after returning the completed form and paying the fee. Later that day I sent Bakos an email with the comment "I love it," and that I would have my first revisions back to them ASAP. Besides using a very ‘eye-pleasing,' attention-catching format, I was happy with the new structure and the content. It was the complete change from my original that I had wanted, without any misrepresentations. We completed the ‘first final version' three weeks ago and I did some test marketing with a few friends and recruiters, receiving favorable comments. Two weeks later, I decided on making a change to the main ‘headline' as well as several other revisions. The Bakos writers were happy to make the changes, republish it on their website (retrievable via a link in the resume), and send DOC, PDF and TXT versions back to me, adding that "they offer unlimited revisions…until I am completely happy or reemployed."

I do not know what others expect when using a service like this, but I did not expect the first draft to be perfect. I figured it would be an iterative process to get to a final product. I can only say that I have nothing but praise for the Bakos writers' performance, and was very pleased with the amount of patience and respect shown to me during this process. I would definitely recommend the Bakos Group to anyone needing help with their resume, either for their professional writing abilities or when a fresh perspective is needed. I promise that I am not a Bakos ‘plant,' just someone so satisfied with their service that I wanted to share my views.

Working with overall with Bakos Group was a great experience. My needs were met in a timely...