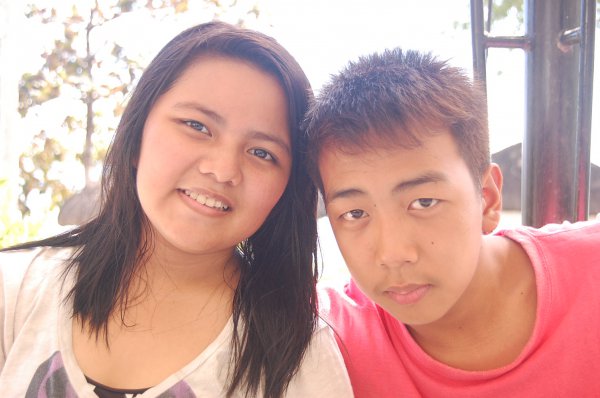 I ordered a binder 2nd week of december from them. It was supposed to be a shipped overnight. I paid and waited.

A week passed and i still haven't gotten it. According to their rules as per the admin i was texting with, i should get a refund when the delay is that big. Apparently, that admin resigned. So i texted another admin, her name is AURA. Aura said since the admin i was talking with initially resigned, i should settle it with that admin and they have nothing to do with it anymore.

I posted messages on their facebook wall and it gets deleted.
They said they shipped the items but i have not gotten it. The tracking record does not show i received the package.

After so many texts, i posted on a facebook page where you can rant about bad business practices (https://www.facebook.com/groups/*******56715/).

They finally responded and said they are sorry but i shouldn't be posting my messages on their wall about my complaints. That's why i am posting here.

They finally said they cannot refund because they don't have the money. They are now accusing me of just asking for money (extortion) and not a refund. I don't even know how that happened. It turned out that they delivered the item in my old dormitory, where i was staying in DECEMBER. It got there just recently. If they delivered on time, i would have gotten it. Now, god knows who has it.

The owner Tiffany Angela Santos (www.facebook.com/miyoungiiie) now accuses me of cyber bullying her. In the first place, i was settling it on their page. I texted repeatedly. I still have the disrespectful texts they sent me.

They could have apologized from the beginning. But i had to post on another site before they pay attention to my complain. Now, they have my money and i don't have my item.

This is the worst shop i have ever done business with.
- apparently, what their employees tell you are not honored by the company which means you can't talk with anyone
- they don't know how to apologize and wouldn't admit their mistake
- they built a business that makes no plans and has no rules when they screw up

I understand it was the Christmas season and that's why i waited for weeks instead of complaining right away. But for them to say i had to settle it with the former employee and that their shop has nothing to do with it is beyond unprofessional.

I finally got hold of someone from the company and I was told one of my orders was out of stock and they have to ask their factory to make some more of it.

I just asked for my money back. It's a total waste of time. Don't buy from them.
Helpful (8)
Thank you

Jolly J. – Jollychic Rep Over a year old
Dear Chipper,
We are sorry you did not receive your package in a timely manner coz we experienced an unusually large number of orders for the holiday shopping season, which disrupted our normal delivery schedule, but please believe that every member of Jollychic Team had tried every effort for you to receive your package.
Pls accept our sincere apologize for this problem, and we will refund the money if the items out of stock.
Emercury
“This is the only email service provider that was specificall...”
This is the only email service provider that was specifically built for affiliate marketers and mass email sending.

I used to be with mailchimp but the delivery rate was an issue and they put a lot of restrictions when it comes to mass email sending. This is odd because their system is supposed to have been built for email marketing.

Emercury, on the other hand, even provides non-technical support to help me improve my deliverability. I tried out their free plan and they provided me with all the features of the paid plan. I tested them for more than 1 month, now I will be transferring the rest of my list to them.

They helped me write my business proposal when I was looking for funding for the expansion of my business. I made the usual rounds for angel investors. They wrote the mother document and modified it for the different investors I approached. The great thing about them is that they do their own research. I just had to tell them the company, site or investor I was going to approach and they did the rest.

They also know their marketing stuff. They wrote my sales and marketing materials, from email direct marketing letters to ads. It was obvious they are experienced advertisers and marketers. They didn't just write the copy, they also provided a plan explaining the rationale and objectives of my materials.

I was surprised to find out they didn't even ask for a credit card. They also extended 24/7 technical support even though I was a FREE account user. Woot! The speed of my site is fast and I have had no issues in the 3 months I have been working with them.

If they keep this up, I have no problems keeping them after the 6th month.
Helpful (0)
Thank you
Austinbizmart.com
“I own a local restaurant in Alhambra, CA”
I own a local restaurant in Alhambra, CA. I needed a refrigerated Chef Base but I don't have the funds. I decided to take a risk with a used one and bought from Austin Biz Mart. That was 6 months ago. It's still working fine and I am glad that the owners are always available whenever I email to ask something.
I also got a discount offer on my next purchase with no validity limit. I can buy another item 10 years from now and they promise to still honor their offer.
Thanks.
Helpful (1)
Thank you

Chipper hasn’t received any thanks yous.

Chipper isn’t following anybody yet.

I just received the 2 items i ordered from Jollychic. A plastic clothes drawer and shoe rack for...