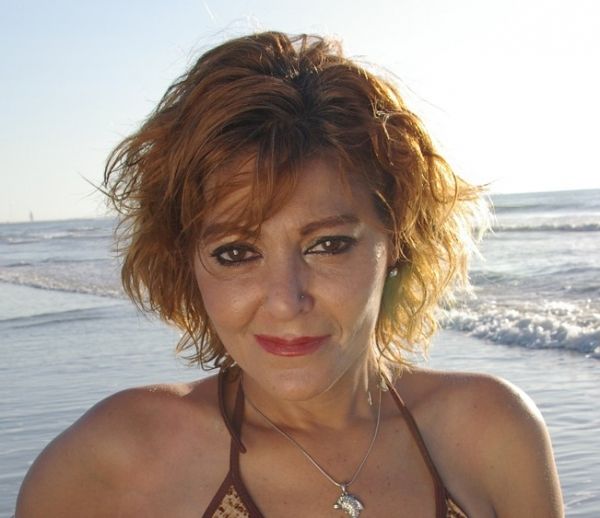 I've spent years evaluating products for the magazines I evaluated for mags and newspapers, including boats, audio equipment, automobiles, flooring, medical procedures and supplies and art. I know a little about a lot, and I certainly know whenI am getting scammed.

Target
“Overpriced, but better Quality and Needed against Wallmart”

Target was never as expensive for many years as it is n=bow, While I don't like it, they have to charge more to keep up with Wallmart. The perk is the quality of the items are wayyyyy better, And if you consider you're not always returning an item or having it break on you, it actually costs less in time and money,

Helpful (0)
Thank you
Disqus
“Someone asked why they got banned...”
• Updated review

I believe our posts get removed and we get banned, even called $#*!s from moderators--of whom you would think would act more like the referee and not the instigator--because each discussion has an agenda. As long as you go along with what everyone else who is still in the discussion is saying, you are fine. However, dare express an alternate opinion--of which you may not even realize you are doing--you are told you are trolling (which means you are purposely writing something meant to cause disruption). Therefore as a troll, your post is removed.
If you then ask why your post was deleted, you are now called a $#*! and are banned from the discussion entirely. And when you become confused as to what just happened for no reason, especially after a moderator who uplifted several of your opinions disagreed with one and simply deleted it, you finally find someone in Disquis management. It is then you are told to take it up with the moderator who banned you or another moderator on the page. You are also told the moderators have free-run to delete anything and ban anyone they want to and that management WILL NOT step in or interfere with a moderator's decision, even if that moderator is belittling you and is cursing at you.
Finally, if you decide to appeal to another moderator thinking you will get a rational response, you are told you "threatened" the moderator who banned you because you went to management. Then are you threatened with getting banned completely off of Disquis for life?
It's as simple and as ignorant as that!

According to Diqus (which means to discuss), the idea of the site is to discuss topics/issues of all kinds within society. A topic, such as a lead news event, is placed on a page and people are "invited" to discuss, comment and share their opinions on it. The idea is to exchange and share ideas and viewpoints. This is a great way to understand others who think differently than yourself and gather more understanding on issues.

Tip for consumers:
Avoid this site if you want to have a rational and thoughtful discussion about issues you're passionate about. Most find themselves banned, are accused of trolling or spam for no reason. There is NO company oversight!

From Cheri:
Overstalk.com 1st rips off customers in many ways and has extremely poor service and products; high prices; and what you think are buying new items you really may be getting used, refurbished, discontinued items (for a reason); or new. You won't know which condition you are getting your "new" product in until it arrives, is set-up and you begin to use it. After reading review after review, you realize the company doesn't care about their customer at all! They care about profit--at any cost to us, their customers, To top that off, when we go on SiteJabber (SJ) to compare notes, vent, etc., Overstalk.com literally creates fake reviews in an attempt to counter our real reviews.

To tell if a review is false, notice how each the review gives five stars, not four; they often describe the store (product, etc) as excellent and there is no description of the merchandise or experience, giving no or only vague details. There is no explanation as to why Overstalk.com is so great. Plus, they only have great experiences yet also say customer service is great. So how if they only have had great experiences would they know what dealing with customer service is like? (This is contradictory!)

Then there are the names of the reviewers. You cannot push on the name attached to the review so yu can learn more about this person making these claims like you can push on my name, for example, and see my profile. Alone, each one of these remarks or actions scream fake review and raises a red flag. Together, they spell TOTALLY FALSE AND UNRELIABLE.

From SiteJabber Tips on Reading Reviews (esp learning to spot false reviews):
An astonishing 92% of consumers check reviews before using a new business. Given the ubiquity of reviews, knowing how to read them properly is unfortunately still more art than science. However, equipped with the following four insights, whether you're on SiteJabber or reading reviews somewhere else, you can make yourself less likely to fall victim to scams and ensure great buying experiences.

1. Businesses can buy good reputations
While this is not true on SiteJabber, sadly, nearly all complaint and review websites sell businesses the ability to remove bad feedback and replace it with good reviews. This practice; which feels a lot like extortion to the businesses involved because their reputations; are often held hostage by review sites is also unfair to consumers who cannot tell the difference between a business who has earned great reviews through years of excellent service and a poor business who has paid for a good reputation.

For this reason, it's important to understand a review sites business model before trusting its reviews. If the review site charges businesses for reputation management or review collection, choose another site.

Multiple reviews with similar grammar or syntax
Reviews with poor grammar or spelling
Non-specific reviews that sound too general or are too short
Many reviews generated suddenly instead of built slowly over time
Not enough negative reviews if there are good reviews, there should be at least some bad ones since all business have at least a few grumpy customers
A lot of fake reviews should be seen as a red flag against a business.

If you do spot fake positive reviews, it becomes particularly important to read the business bad reviews to get a sense of a worst case scenario. Look for patterns in bad reviews and ask yourself if you can live with that outcome.

3. It's critical to carefully read businesses responses to bad reviews
While you're browsing the bad reviews, pay close attention to the company's responses. If they are prompt, professional and propose reasonable resolutions, it makes it a lot easier to live with some of the negative outcomes that might surface in the bad reviews. But if the business is rude, defensive, unhelpful, copying and pasting canned responses, or doesn't respond at all, it should be a red flag that tells you: If something goes wrong, you're on your own.

4. If you're not sure about a business, message other reviewers
Either by sending individual private messages to reviewers or posting in the Q&A section of a business review page, you can verify the buying experiences of past customers and ask specific questions. For example, if you're looking to buy a pair of shoes and another reviewer has also bought a pair of shoes but had trouble with how they fit, you might benefit from messaging that reviewer to ask, Were they too big or too small? Where you able to return them easily? Would you buy again? This can also give you a sense of whether reviews are genuine.

Knowing how to read reviews the right way can be tricky, but with these four review insights, you can become not just a savvy shopper, but also a savvy reader of online reviews.

It looks like Overstock has been working overtime to write fake reviews. You can tell the ones that are since they lack details and say I bought a rug at a great price and people ask where I got it, When I was on here about a month ago, there were few 5 stars and mostly 1 or 2 stars. How does that happen?
P/s Overstock contacted me on Twitter and tried to change my mind about what I think of the company. Read *******@AmericTheGreat?

Tip for consumers:
Don't use it.

Service
Value
Shipping
Returns
Walmart
“A Monopoly of Crappy, Cheap and Made in China Items”

The medium American earns around $73,500 annually, which as a medium and not an average, half the people's earnings go down from there! So the vicious cycle continues. The less we earn, the more we shop at Walmart and they more they earn.

Cheryl hasn’t received any thanks yous.

Cheryl doesn’t have any fans yet.

Cheryl isn’t following anybody yet.

Unless you get something that's back ordered, shipping is relatively fast. I have had problems...

Excellent place to shop. And eat. I love it I would recommend target to everyone. Very nice place