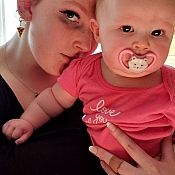 ReptileCity
“DO NIT SUPPORT THEM!”
I will share this anywhere I can post about this company. This is copied from my best friend who purchased a uromastyx for me for my birthday. Please, do not support this company. They are cruel to their animals and the lizards are sick!
"Do not do business with Reptile City.

UPDATE 03/01: The uromastyx died this morning. I am awaiting confirmation on a full refund.
If I do not get a full refund then I will be taking further action, these people have scammed enough.

UPDATE 02/29: I just spoke to the lovely "Felton" and his only solution was to suggest I return the Uromastyx. That's not going to happen, this is a live animal and we will not subject it to that kind of care again. He's refunding the shipping per my request, but I don't have confirmation of this yet. And that's it. He was rude on the phone, not so much as an apology or explanation, only placing blame on me, saying we didn't contact them within three days (Note: we made several attempts to contact Reptile City with zero response). I suggested a refund for the animal, full or partial, and he refused, stating that no company will do this and that he would be willing to "give any company a call to verify".

I purchased a Uromastyx from them for my best friend. He was shipped in a box inside a box. There was no insulation, just some newspaper. He had one heat pack that was taped to the top of the box and had lost all heat upon arrival. The Fedex box on the outside had no labeling except "Fragile". Nothing was printed on the outer box to suggest a live animal was inside. Because of this, he got tossed around needlessly by the delivery driver, was freezing cold and lethargic upon arrival. His touch temperature was 45 degrees Fahrenheit. Note that these animals live in 100-120 degrees.

We emailed Reptile City's customer service account about our concerns and all we got back was "Thanks for the update". We inquired further and no response was given.

The delivery occurred on the 12th of Feb. By the 26th, we still had not received word back and we have since noticed that the Uromastyx has no use of one of his hind legs, so I gave the customer service line a call and left a voicemail detailing our concerns. No word back by the 28th. I called, left another voicemail, and followed up with another email.

This morning, the 29th, I finally received a response with someone named Felton's cell phone number and an email that just says "call my cell". I texted the number and he said to give him a call. I called, and the line went straight to voicemail. I received a text saying his phone was off because he is at a gymnastics meet. That's fine, I told them to call me when they are available and now I will be awaiting the call.

I hate going full "Karen" on a company but I've been keeping, buying, breeding reptiles for many years and I have never experienced something like this.

We will be taking the Uromastyx to the specialist vet next week with the hopes we are not dealing with MBD, but the outlook right now isn't great. Based on my experience so far with this company, something tells me they won't be offering a refund or to cover veterinary expenses. Regardless, I won't be a returning customer and I will especially not be returning this lizard to their care."

Charlotte Has Received 1 Thank You

Vic C. thanked you for your review of ReptileCity

Charlotte doesn’t have any fans yet.

Charlotte isn’t following anybody yet.

I live in Buffalo Ny, the reason I went through Reptile City is due to Covid- 19 it was my sons...