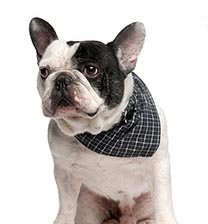 Landoffashion
“At first, I thought I was dealing with professionals,...”

At first, I thought I was dealing with professionals, however once they receive your money by Western Union, they never get back to you. I have sent many emails to them, but they do not reply. The head of the company is Shanshan Wang in Guangzhou guangdong Prov., China.
They a fradulant and should be fined for what they really do, Please tell all your friends not to go on to this site, or buy anything they say. They just steal from you, and move on to the next victum. I hope all major designers go after them, and they get shut down. After talking to them I am convinced they sell fake things, under the designers name. The United States and China should shut the entire area of Guangzhou down. It is all about copying many designers shoes, bags, and other things including watches and clothes.

Please shut the site down. I'm going to my congressman and telling them all about whats going on in Guangzhou China.

Char hasn’t received any thanks yous.

Char doesn’t have any fans yet.

Char isn’t following anybody yet.