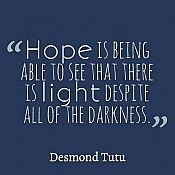 HealthRight
“They could have killed me!”
As others have said, did the interview and then told would have consult with doctor. Next day received email stating I HAD the consult and the "doctor" determined I needed prescribed medication. SIX OF THEM to be exact. Out of the six, 4 of them contained ingredients I was HIGHLY ALLERGIC TO. So much so I stated it 4 times during the interview and had them read it back to me. Needless to say, I cancelled EVERYTHING and called my BCBSNC to alert them of fraud. One of the medications, Doxepin topical, is an antidepressant, for itching, and I SPECIFICALLY MADE A POINT OF TELLING THE INTERVIEWER I COULD TAKE ZERO TYPES OF ANTIDEPRESSANTS, 4 TIMES. If ANY of this stuff shows up at my door, I will be filing complaints with the Attorney General of both Florida and North Carolina and a malpractice case against the doctor that prescribed these prescriptions.
Helpful (3)
Thank you

Carol hasn’t received any thanks yous.

No sense in going into detail. My episode with Healthright is the same as all that I have read....

Saw my pharmacist the next day he was worried. Told him what they were gonna order for me and I...