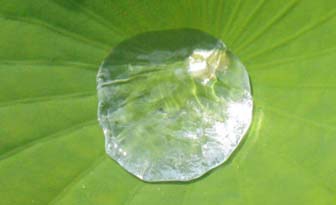 We have now been forced into another contract with Fluent Security. Back in June 2017 we took out a contract for security service for 42 months. We were told by the salesman that he would notify the company that we did not wish an automatic renewal and there would not be one. Now, they have no record of that and say we can either renew for another 42 months, at a small decrease in price per month, or we will be stuck with paying the current price for another 36 months due to the automatic renewal clause in the contract. This is a scam. We are caught in a catch 22. Do not do business with this company.

When The Blaze used to be The Blaze it was very good. Since merging with CRTV not so much. Now, it does have more programs to watch. However, the CRTV platform lacks many of the features that The Blaze platform had. For instance, the CRTV platform lacks the ability, while watching a live show, to start from the beginning (rewind function). It also lacks the capability to show a rerun of a show for at least 7 hours after that show has aired. These are real problems for people on PST who have to either get up at 5:30 am to watch The Glenn Beck Radio Show or wait until after 4 pm. If they fix these problems then I can raise my rating.

Helpful (3)
Thank you
Nextdoor
“Failure to review people who have complaints of postings.”

There are those who just wish to cause problems within this website. They will accuse, and lie, and threaten. When they attempt to shut people up who show them for what they are they file a complaint. Nextdoor does not bother to review previous postings. They just put a two week ban on that person; Nextdoor says that it is fair. NO WAY!

Carol Has Received 1 Thank You

S G. thanked you for your review of Nextdoor

“I have found the same thing. Honest neighbors defending their neighborhood against people how violate regulations are banned. The violators remain to continue to cause trouble.”

I decided to lower my bills and went to cancel BlazeTV. Much to my surprise, they don't provide...