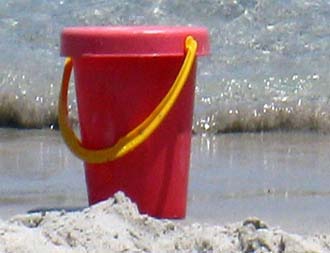 Independence Van Lines
1.5K Views
“These guys are brokers who will sell you down the river-”

I admit I am a total novice about moving companies and I got taken to the max by Independence Van lines- These guys are brokers- not movers like they advertise. They sold out my move to the lowest, most unethical, sleeziest people- not licensed and I didn't realize or know about it until the furniture was on the truck. Independence never informed me of the people they sold my furniture to- so I couldn't do any research on my own (even if I knew what to look for) and then INDEPEDENCE totally washed their hands of the whole deal and were no help at all! In fact, at the end when I was desperately reaching out to them to help get the furniture back from the subcontractor, INDEPENDENCE sold us out to- I made almost daily calls to both companies- Ray made a call to the other movers and called me with this little tidbit- Ray- "I have good news and bad news" Me: "I haven't had any good news" Ray: "The good news is that your stuff is in Oregon, the bad news is that it is in a lake." Hearty guffaw on Ray's part- How is that for service. DO NOT USE THIS COMPANY WHAT SO EVER!

Helpful (2)
Thank you
Dunitedlogisticsmovers
281 Views
“If I can save someone else from the horrors and abuse of this company.”

I admit I am a total novice about moving- I admit I didn't do the correct research into a moving company- but when you don't know what you are doing- where do you start- I originally contracted with INDEPENDENCE Van lines to move my parents from Bakersfield, Ca to Eugene, Ore. Although Independence Van lines calls itself a moving company- they are only brokers who will sell your job to the lowest bidders- I had no idea of all this until a moving company showed up as scheduled and after the furniture was moved onto a truck, then I found out we were now dealing with an entirely different company. For the next SIX WEEKS, I made daily phone calls to both INDEPENDENCE VAN lines and D UNITED LOGISTICS. I was lied to continuously- the furniture was in Oregon, the furniture would be delivered tomorrow, the next day, for sure the next day. On week five, I started filing complaints with the BBB and the Federal Motor Carrier Safety Association. The furniture and boxes were finally delivered on week six (BTW, legally, a company has 21 business days to move your belongings) in a RENTAL VAN! They apparently don't even have their own trucks! The furniture was all broken and boxes were gone- and when I went back to the company- I really said they had been lying to me all the time- they called me a liar and scammer and whore! All I wanted for my parents furniture and belongings delivered in good condition- and I was the liar and scammer and whore!

Helpful (2)
Thank you
Tripadvisor
21.5K Views
“Tripadvisor apparently doesn't vet the companies they deal with - and stick you with”

In December, I used TripAdvisor to arrange flights for a trip in April. The company has turned out to be a total nightmare- bait and switch with my arrangements - my flight plans were totally rearranged by the company TripAdvisor recommended- What a nightmare- Trip Advisor is apparently becoming too greedy and doesn't really give a rats behind about what happens to the customers who use their site

I booked airline tickets through Justfly months in advance of a trip. Days before I was to leave on the trip Justfly sends me information that says they needed my immediate attention- I called and they told me the first leg of my flight had changed to any earlier flight- five minutes earlier- This didn't seem to be a big problem so I said fine. Later, they sent me my ticket (they didn't show me the actual changes until after they got my "agreement" for the changes) it turned out that the five minute change in schedule turned out to be a four hour delay at my next stop- they didn't mention that part at all in the conversation.
When I saw the real changes, I called the Justfly and told them a four hour delay was unacceptable, whereupon Justfly told me I had "agreed" to the changes so I was stuck- unless I wanted to cancel and reschedule-

Of course now, I see many, many horrible reviews of similar incidents- Justfly is nothing but a bait and switch operation-

Thank you for taking the time to review our services. We have successfully located your booking and will be looking into it for you. Should there be any further action required, we will be reaching out to you by phone or email.

carol hasn’t received any thanks yous.

carol doesn’t have any fans yet.

carol isn’t following anybody yet.

Just google them and see the track record. Integrity is their last concern. Being late or lying...

They have stolen my deposit as well and refused me my $635 refund after I canceled my contract...