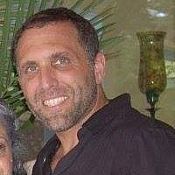 TigerDirect
“3rd world customer service”
Assisted a friend in the purchase of a refurbished laptop.The laptop has a defective screen probably due to motherboard internals.

Called the following day to request RMA, explained the scenario to 3 representatives before the RMA was acknowledged. I was told to wait for an email (shipping label) with the instructions on return. a week later and still no email, I called and spoke to another rep which stated that the email would be sent in the afternoon...again, no email. I called today and the 1st rep gave me a number *******300) that has no response whatsoever.

I re-called customer service and another rep giving me the runaround with no eagerness to help. I'm an IT Consultant who has purchased thousands of dollars from this company in the past and cannot believe how unprofessional this company is at the moment.

Tigerdirect is basically a "Buyer's Beware" outlet.If you value your sanity and your time...buy from Newegg industries.
Helpful (30)
Thank you

Carlos hasn’t received any thanks yous.

Carlos doesn’t have any fans yet.

Carlos isn’t following anybody yet.