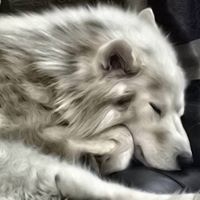 Machine Mart used to be a name you can trust... what a joke they are now!

I felt it was time to get a new top box and roller cab and thought of MM, I had only just missed out on the VAT Free offer so I gave them a call was given the discount and half price delivery... thumbs up I thought.

They had to deliver the items in two halves, the top box first and then I had to wait for the roller cab to come in before it could be dispatched. So the order was placed on Friday 23/9/16 and was delivered late in the day on Monday 26/9/16.

I opened the item up only to find that it had been badly damaged in transit and immediately phoned them... only to be told I have to take pictures and email them (Unfortunately their email servers can't handle more than a few pics looking at it as it kept bouncing back as undeliverable. Uploaded them to Photobucket and sent the link instead)

Phoned them the following day after not hearing anything only to be told that it had been forwarded onto the relevant department and should receive a response before the day is out.- Nothing!

Phoned again on the Wednesday morning only to be told that they will forward it on again and I should hear something before dinner as they will walk through to the manager to get it expedited.

Dinner time came and still nothing so I decided to just phone Customer Services as enough was enough where a very pleasant woman did everything in her power to get this sorted out for me by getting one of her managers to go and find the Elusive Eddy. I was also told that the email had been received and opened up by the relevant department but appears that no one could be bothered to try and sort my problem out.

Eventually Eddy rang me back and asked what I wanted to do! I decided to give them a second chance and get a replacement set out because as far as I was aware it was the couriers fault and not MM's so one was sent on a pallet to prevent the same thing happening and a refund of delivery charges was given after I asked for some form of compensation.

The item arrived and was perfect... so I couldn't wait for my Roller Cab to arrive and get all my tools sorted out.

I was told they should have them arriving on Monday 3/10/16 so should be with me a day or two after... quick phone call on Tuesday just to make sure it would be arriving and to reschedule my work to take the delivery.

Anyway it arrived today Wednesday 5/10/16 on a pallet that was exactly the same size as the box that was on it.

I noticed that one of the bottom corners of the box as slightly crushed so I was quite dubious on opening it up... but I couldn't be that unlucky could I? Surely not!

So I turned it over and opened the bottom side first... p****d off is not the best way to describe how I was feeling... p****d off and fuming was more like it. It was damaged that badly that the corner itself had been pushed in, the bottom drawer wouldn't engage properly when closed, the top of the cab was also damaged which looked like it had been crushed.

This in my opinion was definitely not done in transit but in the warehouse before it was placed onto the pallet.

Here we go again... telephone call - only to be told email pictures yet again!

I explained the situation and was told to email immediately with a heading done in capitals stating that it was URGENT and that his manager would find Eddy once it arrived.

A couple of hours passed and I received a phone call off Eddy we went through the motions of deciding whether I was going to keep it or not and that I wanted some proper compensation as this had cost me 3 Day Wages so far as with being self employed - If I don't work I don't earn!

He said he would get back shortly after I said what terms I would accept a replacement and that he would have to speak to those higher up than him. Another couple of hours went by when I had to phone up and give them my mobile number as I had to go out urgently thinking he would ring me when I was out - Nothing!

When I arrived back about two and a half hours later I checked to see if I had missed any calls and you guessed it nothing.

That was it now I'd had enough and I wanted my money back and the items returning to them... I phoned up to tell them what I wanted and said I want to speak to Eddy... surprise surprise he wasn't there!

Someone else rang me back to say that it had been escalated and was awaiting a decision, but by this time I was not interested any more. If I had just been given a courteous phone call to keep me in the loop with what was happening I may have been tempted to see what the outcome was. But no that would be too simple so I cancelled my order.

Anyway cancelled the order so I had to wait for the returns department to ring to get them picked up.
The returns department then called to ask when I wanted it collecting - I was only offered Friday or Monday, so Friday it is then! The only problem is they can't give me a time for the collection and the courier will let me know when he's nearby.

So basically it's cost me 4 days work & lost wages for the pleasure of returning everything and the monies won't go back onto my card until late next week, which means I can't order one from elsewhere until this has been done.

So a BIG thank you to Machine Mart for wasting both my time and money and that I will never be using you again!

Don't get me wrong some of the people I dealt with were very helpful, courteous and apologetic.

But the way I was treated by a certain department and person has made me more determined to stop other people making the same mistake I did and go elsewhere.

Carl hasn’t received any thanks yous.

Carl doesn’t have any fans yet.

Carl isn’t following anybody yet.

Ordered a product paid for express delivery, never arrived, no response to email, spoke to...