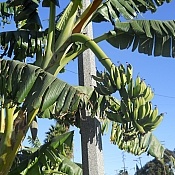 Flexonhose.com
“IF YOU'RE THINKING OF BUYING A FLEXON BRANDED HOSE, THINK TWICE!”

No wonder why this company has a D minus rating on BBB. If you're buying a Flexon branded garden hose, THINK TWICE! Because they would advertise on the package that the hose is guaranteed to last - lets say 7 years, and they would charge you a premium for it, but that hose is going to wear and deteriorate, and crack and leak, right around at 5 years. NOT ONLY THAT, BUT ON TOP OF THAT, if you decide to file a warranty claim with Flexon, good luck doing that! Take it from me, it took me well over 2 months to get a replacement hose, AND I HAD TO FIGHT FOR IT, AND WASTED A LOT OF MY TIME, and it was a nightmare to through.

Firstly, when you submit and email your claim, promptly following all their instructions - with all the T's crossed and the I's dotted, even when you have done your part everything right, don't expect to get any kind of an email confirmation or any kind of an acknowledgement that they have received your claim, EVER! GIVING YOU A CONFIRMATION THAT THEY HAVE RECEIVED YOUR CLAIM, AND THAT THEY ARE PROCESSING IT, AND TO PUT YOU AT EASE AND GIVE YOU A PIECE OF MIND, IS APPARENTLY NOT ONE OF THEIR CONCERNS, AND IS NOT EVEN A REMOTE RESPONSIBILITY TASK FOR THEM EVIDENTLY! YOU ARE LEFT AT YOUR OWN DEVICES!

I called them after 2 weeks, to check and see if they had received my email, and what the status was. After showing my concern, and no matter how hard I tried to get a written or verbal confirmation that my claim was received by them, or whether they were working on my claim or not, was unsuccessful. The phone operator lady, I think her name was Jenny, very casually said and insisted that - to paraphrase her: "if you didn't hear back or get a confirmation from them, that means most likely they received it and are working on it. If they needed anything else, they would've contacted you." So that conversation ended there, because I realized that I wasn't going to get a definitive answer from her, and THAT WAS THE DUMBEST THING I HAVE EVER HEARD by the way, because without asking me any information, such as a name or email address, or when I sent that email, to check and confirm herself that my email was received by them, she's assuring me that they have most likely received it, because "if something was missing, they would've contacted me". She seemed to sound as if this was the normal way of operations at Flexon, and she sounded to be very complicit with the inactions of the warranty department. So, I gave them another week, as she instructed me to do, and I called again, still nothing. I gave them another 2 weeks, still nothing.

Secondly, no matter how many times you ask to get transferred to the Warranty Department, DON'T EXPECT TO SPEAK TO SOMEONE LIVE, EVER! AND WHEN YOU LEAVE A VOICEMAIL AT THE WARRANTY DEPARTMENT, DON'T EXPECT TO GET A CALL BACK FROM SOMEONE, EVER! There's ZERO communication from the warranty guy.

There are so many wrong things, I'm trying hard but it's really hard to keep this short, so anyway, I was finally able to get in touch with apparently the one and only warranty guy - Franklin. He acted as if everything was fine and dandy, even after I told him what has happened so far, and he never felt the need to apologize for any of this delay and lack of communication. He finally confirmed that they have received it, and he told me that my claim was "approved" (whatever that meant), but never told me when it was approved, or why it took so long to get approved. Then he said that it would take 2 weeks to process (on top of the 4-5 weeks I have already waited in limbo). He did kind of "apologize" slightly towards the end of our conversation, after I confronted him with the facts and he realized the gravity of the damage they've done with this kind of a bad customer service, but he apologized by only citing the supposed slowdown caused by the Pandemic, to which I knew that it was a lie, because that wasn't the case, because I had attempted to do this claim back in the fall of 2019 when the pandemic didn't even exist, and I ran into the same kind of a roadblock with the same lack of communication from him. It's a Pandemic and all that, and delays are caused by it in general, BUT THAT DOESN'T EXPLAIN THE KIND OF DELAY THAT THEY PUT ME THROUGH WITH SOMETHING AS SIMPLE AND AS OBVIOUS AS A BAD HOSE REPLACEMENT, which should've only taken a maximum or 2 weeks turnaround, and that's a very generous time frame! OR THAT DOESN'T EXPLAIN THE TOTAL AND UTTER LACK OF COMMUNICATION, SINCE THE FALL OF 2019! Anyways, then it wasn't until 3 weeks later (not 2 weeks as Franklin promised), and again, after not hearing anything from them in 3 weeks, I had to call again and really complain and push the phone operator lady to have Franklin call me back. Still never heard back from Franklin, but instead I finally got a shipment confirmation email from FedEx a few days later.

And all the while, I didn't have a hose to use, because in order to file a claim, they require you to basically destroy your hose by cutting both ends off and sending them a picture of it, and completely render it useless, (WHICH IS BY THE WAY, TOTALLY UNNECESSARY AND TOTALLY RIDICULOUS), in order to qualify for the warranty. In all, it took 9 weeks (more than 2 months) of anxiety and waste of time to receive a replacement hose. Makes me wonder, had I not followed up on the progress, and had I not pushed them to do something, who knows how many more months it would've taken them to process this simple warranty claim. And all the while, I had to borrow a hose from friends and neighbors to water my plants and wash my cars, for almost the whole summer, a season where having a hose is an essential tool and a thing to have for a house. BUT THEY KNOW THIS, AND THEY EVIDENTLY CAN CARE LESS ABOUT YOU AND YOUR SITUATION! A SITUATION, WHICH THEY THEMSELVES HAVE CAUSED BY FIRST, SELLING YOU A DEFECTIVE PRODUCT AT AN INFLATED PRICE, AND SECOND, NOT OWNING UP TO THE PROMISE THEY'VE MADE, AS FAR AS REPLACING IT PROMPTLY AND IN A TIMELY MANNER!

It doesn't end there. To put the cherry on top of the flawed cake that Flexon cooked up, and then there was this, and it's just unbelievable! The replacement hose that they sent me was obviously not something that was meant to be sold or used in the US, because ALL THE WRITING ON THE PACKAGING WAS IN SPANISH (except obviously, for the Flexon brand logo, and the warranty logo). I don't know what that was all about, and I didn't want to contact them anymore to ask them, but one thing is clear to me, AFTER ALL THIS, FLEXON IS SENDING HOSES AS REPLACEMENTS THAT ARE MADE FOR FOREIGN MARKETS AND MOST LIKELY ARE CHEAPLY MADE AND HAVE LESS QUALITY THAN A HOSE THAT WAS MADE FOR THE US MARKET, AND THAT'S A TOTAL DISGRACE!

Helpful (0)
Thank you
PriorityTire
“THEY'RE SELLING SUPPOSED "NEW" TIRES, BUT THEY'RE ACTUALLY OLD STOCK TIRES THAT ARE 3+ YEARS OLD”

I bought a set of 4 tires from them (but through the Walmart's website) in May of 2020, and the tires they sent me were "new", but they were more than 3 years old according to the dates on them. All you have to do is check the DOT Date Code on the tires and you'll know when they were manufactured. For example, if a tire has a code of "0607" stamped next to letters DOT, it means it was made on the sixth week of the year 2007. My tires had 0607, 0707 and 1007 codes on my tires which made them more than 3 years old, which means that they only had 48% usable life left on them, considering that tires generally are meant to last for 6-10 years (for my car it is 6 years), regardless of use, because rubber deteriorates over time whether it's used or not. And NONE OF THIS INFORMATION WAS LISTED IN THEIR AD on Walmart's website. So, I contacted them and was very disappointed in their response, on top of the disappointment of the Old Tires that they had sent. Their email responses were delayed and they were far few in between, and most of the time they were incoherent. The final email was a partial refund offer from them that I got, and it was a puny joke of a $50 total, which was like a slap on the face on top of all that, and that was supposed to cover for all four tires being more than 52% old, for which I paid $700. Then I contacted Walmart and they refunded me 52%, which came to $90 per tire ($360 total), and it was a fair amount and the fair thing to do. But that refund came from Walmart, and not Priority Tire themselves. It seemed like Walmart just wanted to keep me happy and wanted this thing just to go away by sweeping it under the rug, seemingly without punishing Priority Tire for it. But little do they know (both W/M & P/T) that there's a bigger issue here, and that they're playing with people's lives by selling Old Stock tires to them, but industry experts know very well that old tires have been known to be the cause of countless fatal accidents! Very disappointed in the service of Priority Tires, and considering everything - the tires themselves and the way they handled my very legitimate complaint, I would give them a negative 100 Stars if I could for doing what they did.

Helpful (1)
Thank you
PatioProductsUSA
“Even though the item is going to be available in 4-6...”
Verified site experience

Even though the item is going to be available in 4-6 weeks after ordering, but so far so good.

Reason I chose this business:


Jeremy. He sounded friendly and professional.

Reason I chose this product:


Just needed a patio dining set and wanted to get the Memorial Day sale savings.

Caren hasn’t received any thanks yous.

Caren doesn’t have any fans yet.

Caren isn’t following anybody yet.

Terrible rip off when they sell you a bad tire and you've already had it mounted voids any...

Purchased tires on line. They gave me tracking numbers. They called and said the tires were out...