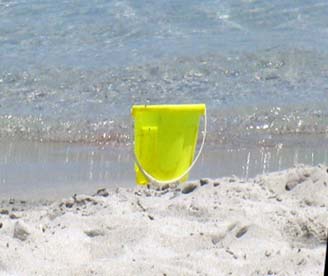 Yup, Maxferris Technology is a scam. A buddy of mine recently bought the "Project Minotaur" gaming PC from their website. This certain PC includes & advertises that it's installed with a 1660 Ventus XS. However, when my friend received the PC (which took 3 months to be delivered), it was installed with a GTX 980. A graphics card that released 6-7 years ago. The GTX 980 is $548 on Amazon at the time of this post. Which believe me, isn't cheap. However, the 1660 Ventus XS is $767 on Amazon right now. My friend got scammed out of $219 by this company.

This isn't the only issue. My friend contacted the company asking why they installed a different graphics card. You might think it was an accident or they had miscommunication at the company, but no they intentionally put the GTX 980 into this PC without contacting my friend about the swap, nor even offering a refund, or a longer delay to install the right GPU. They blocked my friend via Instagram when he told Maxferris about the situation. A couple of hours later, they unblocked him and proceeded to tell my friend that "we have hundreds of customers who received their PCs with slightly different GPUs." Admitting to the fact that they have scammed hundreds of customers with downgraded GPUs. Also, stating that they install "slightly different" GPU's isn't valid when the difference of these specific graphics cards are $219. They also deleted my 1 star review about this situation to keep their ratings up and no where is it stated that due to Covid-19 that you will receive a totally different GPU, only that deliveries will be delayed.

After my friend had a conversation with Maxferris, they said that they could no longer assist him and if he needs anything else to contact their technical support team. I will add that their "technical support team" doesn't and will not respond to him. DO NOT buy from this company, they will downgrade and cut corners. If you have already received a prebuilt PC from Maxferris Technology, I urge you to check your GPU to see if it is in fact the correct GPU as advertised.

Tip for consumers:
Do not buy from Maxferris Technology.

Cam hasn’t received any thanks yous.

Cam doesn’t have any fans yet.

Cam isn’t following anybody yet.

Ordered Pc very early and got it like 5 months late. It was not at all like the picture. Also got...

These dude who run the website are scammers. The computers that they advertise in the pictures...