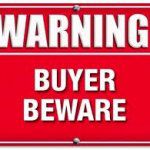 I do not recommend this incompetent host.

I have requested them to add "-sv_pure" to my server's command line, in order to run pure servers, can't have people joining with modified materials like transparent walls and such.

They don't actually give you an option to edit the command line yourself, that would not really be an issue if they made the changes you ask them to, sv_pure is a BASIC, ESSENTIAL setting not something uncommon.

Thank you for your request.

I run multiple game servers but have did the mistake of transferring one of them to Nitrado, as my servers are built on a very strong fair play foundation that is an ESSENTIAL feature for me and my players, i find it unacceptable that a "Game Host" provider isn't able to do a basic modification like this, as a followup, i will terminate my hosting with Nitrado.

As most of you server owners know, it is not easy for servers to go thru an IP change (especially for users) this has created many frustrations for me + even more time wasted.

I cant not classify Nitrado as anything other than an incompetent game host.

I've messaged their CEO (Marco Balle) to inform him of this but have not gotten any reply, this to me shows he does not care about his customers, why should they (we) care about his business then?

I strongly advise you to avoid marbis GmbH AKA Nitrado, don't make the same mistake i did.

Helpful (7)
Thank you
GameServers
“This is the worst game hosting company i know, I've...”

This is the worst game hosting company i know, I've had a server with them which lagged all the time and when I've complained about it they will always offer to change the machine on which the server located AND its IP... if you run servers you probably know that an IP change is not something you want to go thru.

The first time I've experienced excessive lag i went thru with them switching my server to another machine on another IP, a few weeks later, same problem, lag.

For about 1 year I've also managed a server donated by a friend which was hosted at gameservers.com, that server was lagging frequently as-well.

I have 1 other friend that hosts with gameservers.com, his server lags frequently also, he can not switch host due to the server being paid for 6 months.

4 separate machines in different countries, all lagging, i have nothing good to say about this host.

I advise you to stay away.

Helpful (2)
Thank you
Eastbay
“I've placed 2 orders on eastbay.com, did not have any...”

I've placed 2 orders on eastbay.com, did not have any problems.

One thing to keep in mind for International (non US) customers is you will have to pay TAX for your order which usually isn't cheap.

Will never buy Corsair products again, non existent customer support, i advise you stay away from their products.

Will never buy Corsair products again, non existent customer support, i advise you stay away from their products.

Am sa evit Emag in viitor.

Helpful (2)
Thank you
Skrill
“Extremely slow customer support, not to be trusted”

Extremely slow customer support, not to be trusted.

When I've first opened my account I've had some problems activating it so decided to send an email to customer support, they took about 3 weeks to reply to my email.

Do no trust this company, I've heard from friends they had accounts frozen for no reason and other problems, customer support is almost non existent.

Helpful (0)
Thank you
WEDOS
“I've been hosting with Wedos for about 1 year, my server...”

I've been hosting with Wedos for about 1 year, my server was never offline, i didn't have any problems whatsoever, they also have 24/7 live chat... they could improve a bit on their english and maybe add an english version of the website but other than that i have nothing else to complain about.

I have a friend who is hosting with them for 2years+, he hasn't had any problems with them either.

Quality services at good prices with no hidden fees.

Helpful (1)
Thank you
LG
“LG smart TV's have been collecting data and spying...”

LG smart TV's have been collecting data and spying on users, see http://www.youtube.com/watch?v=I7SBr7z2B1Q for more info.

Excellent customer service, before AND more importantly after you order.

BuyerBeware hasn’t received any thanks yous.

BuyerBeware doesn’t have any fans yet.

BuyerBeware isn’t following anybody yet.

Terrible servers that can be Ddosed by a potato. But the most frustrating thing is that our...

Payed for a year of service and when i notice a simple fix in the table data base they kept...