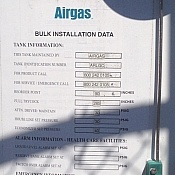 CARiD
“TOOK MY MONEY”
On 08/13/2019 I ordered Weather Tec Floor Liners 1st. row ~ 2nd row ~ and rear cargo liner from Carid for my wifes birthday. They were for a 2019 Jeep Grand Cherokee. When I received them and tried to put them in they did not fit and it was apparent that they were not for that specified vehicle they were not even close. I called Carid this morning 08/16/2019 and told them that I wanted to return them. The woman there told me that she had to verify that it was the wrong items. Meanwhile I'm trying to ease my wifes disappointment. I told her that it didn't matter ~ I knew they were wrong and just wanted a refund. She put me on hold and came back telling me that I would not get the shipping fees back and that they are going to charge me a return fee. The total of my purchase was $336.59 including tax and shipping The woman told me that I would be getting $290.44 back the cost of the goods was $299.85 ??? My next efforts on this will be to the BBB ( Better Business Bureau !!!!! THEY ADVERTIZE "EASY RETURNS" Seems like easy score on my hard earned $$ to me. I work hard for what I have and I will not let these people take my hard earned money when I put faith in them and then get treated like this. Believe me this little scam they are pulling is going to cost them much more than the $46.15 they basically stole from me!!!!!!
Helpful (4)
Thank you

Carid C. – CARiD Rep 8/19/19
Dear Bruce, please accept our apologies for the situation with the floor liners and inconveniences caused.

We want to fix the issue and make things right for you.

Please, email me with your order number at jena.ra@carid.com, so I could locate it in the system and assist you with return.
I will check if the return fee can be void to issue a full refund, as well as offer additional compensation for inconveniences caused.

Sincerely, Voice Of Client at CARiD.com

Bruce Has Received 1 Thank You

Bruce F. thanked you for your review of CARiD

“Thank You for reading my review ~ it is my intention to make people aware of the way this company operates.”

I ordered a pair of Braum seats from Carid. When I received them one of the seats was cut short...

I called in twice. The first time was to get an order status as my product was supposed to ship...