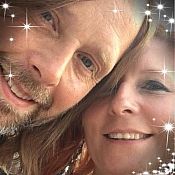 Wish
“I had great results with Wish”
I have bought alot of items over the last two months from Wish. I received everything that I ordered, except I'm waiting for two more things that say they will be delivered in two weeks. Yes, many items take a long time to be delivered, I believe alot of it is coming from overseas. I don't mind that at all. The majority of the jewelry items I bought, were fantastic. I had one pair of earrings that were smashed when they arrived, but I didn't pay much for them. One necklace I ordered was the wrong color, giving it to my mom. A couple other things were just not as cool as I thought they were going to be, but I definitely have new favorites from some of the items I bought. Now, clothing has been another story. It's really rather hit or miss. I received everything, most of the items fit, but some of them were really weird fabric and I ended up getting rid of them. On the other hand, some of the items were amazing. It's really important to look at the reviews of a product before buying it on Wish. Alot of people post pictures along with their reviews which is really helpful. Bottomline, I would definitely order more, especially jewelry.
Helpful (4)
Thank you

Brina hasn’t received any thanks yous.

Brina doesn’t have any fans yet.

Brina isn’t following anybody yet.

Everything is imported from Asia, so don't expect it to arrive in a week, or for it to fit our...