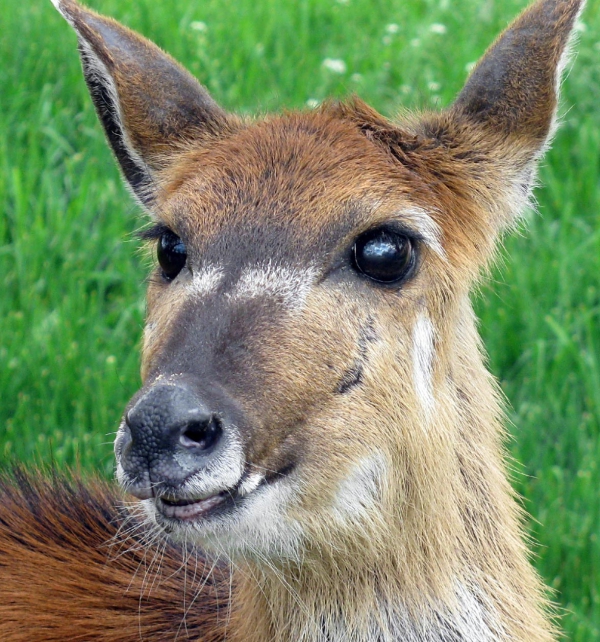 Guardian Protection
“Awful workmanship backed by lies”
Avoid using Guardian for any low-voltage wiring at ALL costs. If your builder requires them to complete any wiring, you're better off waiting until after construction is complete and hiring a competent professional to do the work than hiring this unqualified and unprofessional group.

I found this out the hard way. My builder required them to be the company that installed any low-voltage waiting prior to closing and now I am having to have an experienced professional redo their absolute garbage work.

They do not do any sort of in-home consultation to see where you want any outlets/speakers/wires run. You simply meet them at an office and they tell you what you want and what you're going to get. When you make a request for any additional or different installations, they straight-up lie to you for whatever makes it easier on them. They do not care about the customer.

I reached out to them several times to come and correct the errors they made when they installed the wiring in my brand-new home and was ignored. I was finally able to get a technician to come out to my house (given a four-hour window, to which he showed up late and then spent three hours in the home) and he did not resolve any of the issues and lied about the work he performed. Not only that, but he made a complete mess of the external wiring that I had paid a professional to complete and did not clean any of it up and damaged my wall and stripped a screw from a faceplate that is now loose on the wall. After contacting Guardian Protection's HQ, they said to contact my builder to have the wall they damaged fixed and to hire a professional to fix their awful and unsatisfactory work.

Tip for consumers: Avoid. Hire a local professional who knows what they are doing and not some large company that contracts out their work and then does not stand behind it.

Helpful (0)
Thank you
Dell
“Update: Customer service even worse”
• Updated review
As requested by Dell, I scheduled a service call with their Advanced Resolution Group to try and resolve the issue. The first scheduled call they did NOT call within the two-hour window that I provided them. The second time I scheduled a call with them and provided them with a two-hour window they called two hours AFTER the meeting was scheduled. They were unprofessional and showed a total disrespect and disregard for my time.

Tip for consumers: Purchase from a different brand that values customers and puts an emphasis on customer service. Avoid Dell products at all costs.

Helpful (1)
Thank you
“Defective product that Dell does not back! (Their IT is even worse)”
• Previous review
I purchased a Dell Inspiron 17-7779 2-in-1 and it has been nothing but a problem since I purchased it. The fan is EXTREMELY loud (up to 45db when running) and it will turn on and run when you are doing the most mundane processes (like using a website). I sent it to Dell twice to be repaired and they replaced the heat sink and the fan, only to continue to have it come on and run extremely loud. When their IT had it, they erased the second hard drive I installed both times without permission. (their excuse (from their non-English speaking associates) was that they didn't know why they erased the second hard drive and that it shouldn't have been done. Out of the year that I have had the computer, it has been basically unusable for 6 months because the fan is too loud to do any serious work on and it gets slow when it gets hot. They do not stand by their products, and if they've "repaired" this twice and it is acting up again then they need to conduct a recall because it is a horrible engineering flaw on their part. I will NOT purchase a Dell laptop ever again, and would advise everyone else to avoid them as well. I have a Lenovo laptop that is two years older than this Dell piece of junk, and the fan never comes on when using even resource-heavy applications (like Adobe). Purchase any other brand of a laptop before you purchase a Dell, and if you have one, do NOT send it to their service center for repair.

Tip for consumers: Purchase from any other brand before even considering a Dell.

GE Appliances
“GE doesn't care about their customers.”
Our GE dishwasher is pretty nice when it works. This review also reflects how GE does not stand behind their products, or value their customers or their customer's time.
I purchased and had a new dishwasher installed in October of 2016 and it worked fine until January. Since January we have had a GE repairman out:
Feb. 01, they reset it
Feb. 07, they reset it again
Feb. 21, was a no call/no show so I had to call to find out they had not ordered the part yet
Feb. 23, they came out and replaced the main board
Mar. 15, they came out, called an engineer and then left without it being repaired, ordered parts and scheduled another appointment for Mar. 18
Mar. 18, was scheduled to be a morning appointment, received a call at 10:21 AM that the tech was on their way. At 12:30 PM I had to call GE and ask for a manager while they hunted down the tech. Around 1:00 PM they came out and replaced the heater and bolts that hold the heater in place
Mar. 30, scheduled an install of the new dishwasher
I have had to take SIX days off work/or PTO (which I assure you waiting on a repairman is no way to spend a vacation).
GE took the bare minimum steps to remedy the situation as replacing their defective unit. They took no steps to address the fact that they caused me to use PTO or take off from work SIX times (and wasted half of one of my days off) in just two months for the same appliance to be repaired. Of those SIX days one was a no call/no show and another day on a weekend of which I had to call to have their supervisors track down the repair technician. Their only step they took was to offer of an additional year of warranty that I could also purchase myself for $33. I find this repulsive and it shows a complete lack of respect for customers and shows that they don't value a customers time. This also does not take into account that the installation of the new dishwasher is different than the original as in now we cannot reach the control buttons on the top now to start the machine and need to use a utensil to start the machine (see attached photo).
Avoid GE products as they do not appreciate or respect their customers. There are other brands that make Slate colored appliances that deserve your business.

Tip for consumers: Do not purchase from GE.

An agent who sells this alarm company knocked my house door promising to me wonders about this...

Rip-offs = After 4 years of doing business with them and fulfilling the contact they are impeding...