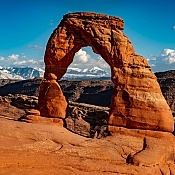 Ken Rockwell
“Is there a zero?”
Ken is enthusiastic and very opinionated which is fine, hey that's a lot of what the internet is, but I had to deprogram for quite a while after reading his articles as a budding amature. Things like "don't waste time with RAW formats" hurt my image quality for a long time. I had no creative control over the image after capture and my subsequent edits ended up damaging the original image (jpg) or introducing such horrendous artifacts that the images were unusable. As a real estate photographer and astrophotographer, it would be unconscionable now to shoot anything but RAW as that is how the highest quality, most accurate images are produced from our limited photographic tools. I would never be able to sell a single image if I had continued to use this misguided advice and relied on a lossy format and limited exposures that don't represent the true dynamic range of what the human eye sees when looking at an interior space with widows. Now when I read Kens stuff it's to get a laugh at how wrong a lot of his posts actually are from a more experienced, holistic perspective. Ken has his place in the internet world, and as he points out every chance he gets, he's trying to make money, but seriously. If you are a photographer just starting out, take ol' Ken with a healthy heaping spoonful of salt. Ken comes off as presenting his reviews and advice as photography gospel which is just misguided and often horribly wrong. Read him if you want but he really got me off to the wrong start and I've learned so much more from broadening my search to professionals who actually make a living with the lens.
Helpful (1)
Thank you

Brett hasn’t received any thanks yous.

Brett doesn’t have any fans yet.

Brett isn’t following anybody yet.

Ken is kinda filled with a bunch of hot air. Some of it is tongue-in-cheek (like "best camera...

when i first started reading about and learning about DSLR cameras, this guys site would pop up a...