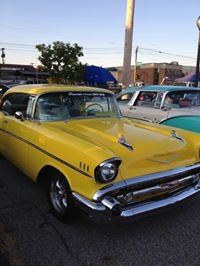 BBQ Bob on ESPN radio came into a store, asked the clerk why she was wasting her life on that dump. He was drunk and asked the clerk to join him to dinner that he wanted to help her and she declined, he grabbed her and kissed her and grabbed her boobs and said these are some nice breasts. He was stumbling all over the store he came back up to the clerk and said how beautiful she was and he had a nice looking son he wanted to introduce her with, she declined politley and said you dont know what your missing hes a stud! Grabbed her and kissed her with his tongue. She tried pushing him off but he was stronger than him. I told him to leave and heme off.

Brent hasn’t received any thanks yous.

Brent doesn’t have any fans yet.

Brent isn’t following anybody yet.