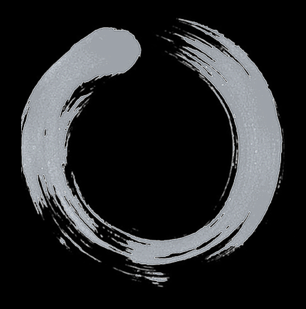 Just trying to help keep others from getting scammed by illegitimate companies. I also leave good reviews for companies I really appreciate ;)

Now with websites like Amazon offering 2-day free shipping with Prime, I rarely go to Newegg. When I do, I catch myself waiting long periods of time for my parts to arrive seperately.
They have a great, extensive catalog. However, the time you have to wait for parts+ price of shipping+ price of parts not always being the lowest... it seems like a very basic service these days.

Tip for consumers:
Be patient.

I wish this website would spread like a wildfire. People need to be able to get a second opinion on websites that just don't seem legit. From hat websites that won't let you leave reviews unless it's positive, to scam real estate websites, Sitejabber has helped me keep other people from making the same mistakes I have, and at the same time, allowed me to avoid websites that already have poor reviews on here.
It can be used for good feedback as well, of course! So leave a site you really trust a good rating :)

Ended up on this website after looking for places to rent in my hometown... The deals they portray are those "too good to be true" listings. They ask you to visit the website for more info after posting only one terrible resolution photo of a single small room to a place like Craigslist. Upon visiting the website, they ask for personal info (which I'm glad I didn't provide) and then when you get to the next page where you expect to see more details, they want you to then sign up for a "7-day free trial". This is nothing short of a legal scam in my books and this website should be shut down.

Tip for consumers:
STAY FAR AWAY!

Do not apply for jobs or give any info on this website. It is completely fraudulent! Amazon's real address for jobs is "amazon.jobs" and their starting wages are much lower that what this website represents them as. A red flag is "you can make $500 a day working from home in just a couple hours."

Helpful (1)
Thank you
Findlay Hats
3.5K Views
“I believe they control the reviews on their website to appear more professional than they really are”

I had an all around terrible experience with this company. Figured I would leave some reviews on the hats but they never sent me an email to review them and that seems to be the only way to post reviews...(possibly because I made it clear that I was unsatisfied, and they only want 5-star reviews on their website). In the email asking for a rating (of the stickers), it says a one-star review isn't acceptable and to reach out. Even before noticing that, I reached out and asked for replacements because the hats received were sub-par, to say the least... especially for the price: With obvious stitching mess ups and off-centered/ tilted logos and bent bills, etc... I sent pictures and they were happy to replace all of the hats. I sent them back and it took 2 days to get to Findlay and almost 2 weeks to get the replacements. And I live near Portland... When I received the replacements, one of the hats was missing... I looked at the invoice and it said *double checked*. Also, one of the hats they sent back to me was the same one I sent them back. I know this because I took a picture of a glob of glue on the inside top right side of the hidden pocket and when I inspected the hat I compared it to the picture and it was the exact same shape and size... also the bill was still bent the same way it had been when I sent it back. On that note, the bills to all the hats were pretty bent (dip down in the front) probably because they put them in such small boxes. I expressed that when returning them originally but when they sent the replacement hats they decided to cram 3 hats into one box this time... Also the designs on the bills are quite off-centered and bumpy. I was informed that it's because of the sublimation process, however, I have other hats with designs on the bill and they are stitched perfectly and have no bumps/waves/ overhanging material. When asking for replacements, I was told my friend and I would "be taken care of" but the service we received was exactly the opposite. It actually felt spiteful because when you receive a replacement order with one hat completely missing, another being the same one you shipped back, and another being in worse condition that the first one you sent back (in regards to the exact issues you mentioned)... It feels like someone is giving you the bird. In the end, my friend and I both wasted 4 dollars on express shipping and spent almost a month dealing with this terrible service. I'm surprised and super disappointed because the hats in the pictures that people post seem to be way higher quality than the ones we received... both times! 0/10 will never recommend.

Tip for consumers:
Buy your hats elsewhere and save money, while at the same time receiving higher quality products.

Don't use this site. It's designed so you fill out surveys after survey but rarely accumulate currency. Just a good way to get people to fill out surveys for free.
They are aggressive emails marketers and the business model doesn't seem honest.

Hello Brandon, apologies for the delay in responding. We've made a lot of great changes since you wrote. Now, it is much easier to accumulate rewards since rewards are now added to your account as soon as you successfully complete surveys. You can then redeem these rewards for Amazon gift codes. We hope you try us out again!

They lure you in with the offer of 5 free/ royalty-free pictures, but once you sign up, they make it intentionally hard to cancel your subscription... That auto-renews for $149/m in a week. You can't remove your card info as well*
Also, The library is not very impressive and a lot of pictures aren't cleared for commercial use or even actually royalty-free(especially the high-quality ones). Most of the pictures there aren't very large and the quality is sub-par. So for the price of $149/m, I am flabbergasted.

I love this site. Better prices and selection than their competitors (like primeloops). When you review packages you get discount codes and they also send you links (here and there) to pick up huge packs of sounds for unbelievable prices. I can't recommend them enough, they even have tutorials on the site for how to use certain instruments and hardware*

I have taken a ton of their surveys over the past 6 months, some short, some unexpectedly long. My take is they lure you in with the chance to win a 100 dollar gift card but I'm really questioning how many people actually win those...

The best way to get your music heard (especially for free). Or at least a great starting point. Other sites like "reverbnation" or "bandcamp" just don't seem to have the volume that SC does. Although those sites have their own specialties, SC is at the top of the music streaming game. I prefer it over those and spotify because it is the easiest way to find other underground artists and form relationships that both parties can benefit from.

Helpful (0)
Thank you
Wix
40.3K Views
“Easy to use, build your own websites, but many limitations.”

Use WordPress instead. More responsive and aesthetically pleasing. Wix seems cheaper at first but the deeper you dig, you realize it will end up being more expensive with hidden costs for plugins. Even then it's not anywhere near as responsive- Wix doesn't look good on tablets... pretty much ever...

Since the "adpocolypse" hit, Some of my favorite channels have moved to different services or slowed down on how much YouTube content they produce because they aren't making nearly as much as they used to. I hope this turns around and creators can be properly compensated for the unique, quality content they provide.
I prefer SoundCloud or Spotify and many other streaming services for music because YouTube runs down your phone battery and uses more data.
The amount of content on YouTube is staggering still!

I have spent thousands of dollars ordering from them because over a decade ago they would always give me the best deal I could find... by far! Now they are affiliated with every other music site so you can't haggle, every site just gives you the same deal a different way. Ex- full price plus a case that costs $20, other site says full price with a warranty that costs $20, other site says they will give you $20 dollars off. More of a choose your poison attitude now rather than trying to get you the best deal so they can be the one to make the sell.

Tip for consumers:
Call around to try and get the best price you can. If you find a good agent, make sure to get their info and always use them.

Even though there may be some inconsistencies with loading times or videos sometimes failing to load on certain devices, the service you get for the price cannot be beaten. There is a fair selection on there and it seems to be getting better with more big name titles and Netflix originals.

They offer a wide variety of the most comfortable undies you'll probably ever wear. And they don't stop there, they have tops and joggers etc. to choose from as well. They can seem a bit pricey, but after wearing them you won't regret it. ;)

And I'm loving it. I usually purchase hygiene supplies and electronics from Amazon, but they often have some of the best deals on musical equipment too. Packages arrive in two days so it's not much of a wait. I will probably always be subscribed.

Spent 30 minutes of my life that I will never get back navigating from page to page, confirmation after confirmation, to look at my own record (wanted to see driving record) just to find out at the last step that they want you to join and pay monthly installments to see the info they have. They had my age wrong as well... Don't waste your time!

Brandon M.'s review of INTO THE AM earned a Very Helpful vote

Brandon Has Received 1 Thank You

Pauline M. thanked you for your review of Sitejabber

The last few months the store in Portland Texas has gotten worse each visit. The last time I...

So like a few days ago I ordered something on Amazon one of the things I wanted was too high...