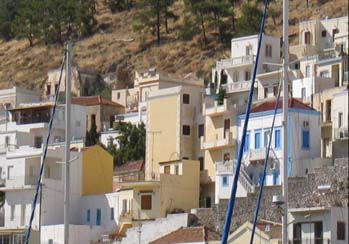 CARiD
“STAY AWAY!!!!!”
• Updated review
It has been over a month since this company sent me the wrong part, I have been talking to a CarId.com representative tried asking me to change my first 1 star rating because they offered me a $40 gift card, serioulsy?? They keep telling me I will get my refund in "1 to 5 buissness days" but they first told me that like a month ago! I even had a seperate rep email me saying once again ill have my refund in "1 to 5 buissnes days", the 5th day being yesterday and i have STILL have yet to receive my refund. This is probably the worst customer service Ive ever experienced, i feel like they just expect people to forget about it or give up waiting.
Helpful (0)
Thank you

We need to apologize for all frustration you have faced with. At the same time we must admit that we have already compensated you in full with the refund issued on 3/28. All the required information was sent to you via email.

If any proof is needed, please let us know.

Sincerely,
Consumer Relations Team at CARID.com
“the worst!”
• Previous review
I bought side rails for my jeep, which I found out later were overpriced and they send me the wrong ones. The ones they sent didn't even look like the ones i bought. When I called to return the rails they make you jump through hoops to return the item they messed up on. Even after sending them photos and the lady on their phone admitting the ones they sent were the wrong items they still make you jump through more hoops, ridiculous!

I am sorry to hear that the issue has occurred on your order and about the way it was handled. We are more than happy to accept the part back for a refund or replacement, and we also cover the return shipping. Please, allow me to assist you with the fast and easy return, and provide you with the worthy compensation for the inconveniences caused. Just reach me back at alice.ba@carid.com so that we can make the things right for you.

Please allow me an opportunity to correct the situation and offer some compensation to you. Please contact me directly at alice.ba@carid.com with your order number.

I will be glad to get an opportunity to assist you.

Let me start by saying I am typically not one to write a review on anything unless it is...