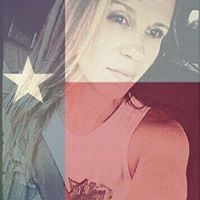 I bought the blaster around March and used it four months. I've sinced gained 20 lbs, Haven't had my period in five weeks and my legs looked aged by ten years. The cellulite is far worse and when I sent an email asking for a refund and explaining my concerns about the tool having bpa In it and they encourage us to heat up and bruise the tissue, I didn't even get a response. My mother has the face blaster and posted a question on the main group to get some opinions and they still haven't posted it. Instead they asked for full body before and after pictures even though she explained she was only doing her face. I'm disgusted with his they've handled Customer Care. Brandi

Brandi hasn’t received any thanks yous.

Brandi doesn’t have any fans yet.

Brandi isn’t following anybody yet.

Buyer beware! This tool did nothing but give me crepey skin. Make sure you don't give it a bad...

I was in the process of ordering a FB when I decided it was strange that I couldn't find any...