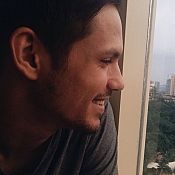 Shutterstock
“Scam on every level”
I'm a contributor and I can assure you, they screw us over just as hard as they're screwing their customers. STAY AWAY FROM THIS COMPANY
Helpful (7)
Thank you
Royal Bank of Canada
“No Effort to Recover Stolen Money from Account”
I don't like to complain online but the story I'm about to share should just serve as a warning to all Royal Bank customers traveling abroad.

In February, I used my card to withdraw 800$ in Malaysia. The ATM had a withdrawal limit of 500$ and my transaction was refused. No cash was dispensed. When I checked my online banking, I noticed that the 800$ had been deducted. I was told that this is normal and at the end of the day, when they count the ATM, the system will detect that it's over by 800$ and it will automatically credit the money back to my account. Except this didn't happen. The money was never returned to my account. RBC followed procedure by opening a 90 day investigation. The conclusion was that the cash was correctly dispensed because the ATM machine in question was counted at the end of the day and everything was balanced.

They never checked the CCTV footage of my transaction and they never checked the recorded footage of the people who fill the ATM's. This procedure is usually done by two people and a video camera on a tripod to record them (in Malaysia). Usually, one guy changes the money while the other sits on his phone doing nothing. I can't accuse anyone of stealing the money without evidence, but there was never any efforts made to collect that evidence. I don't know if these people stole my money or if it got lost somewhere in the system. The only fact that I do know is that the ATM is unable to dispense the amount they claim it dispensed (800$). I've gone through many angry letters with many people at RBC and even opened a case with the Ombudsman which didn't lead to anything. Any attempts to get help from the Malaysian bank get refused and I'm told that the only option is to open a case with my bank (which I've done).

At this point, I've given up on recovering the money because it's starting to affect negatively. I haven't experienced this level of anger in many years. So if you're an RBC customer and you're traveling abroad, make sure to be very careful when withdrawing large amounts of money. I'm so paranoid that I film my transactions with my phone now. (not sure if there's even a point).

Just beware and keep your money safe!
Helpful (0)
Thank you
Dreamstime
“Customer Service is Trash and Website is Pathetic”
Customer service is absolute garbage. Incomprehensible conversations with non-English speakers. Also, the keymaster program is a big scam. Paid to have the equivalent of a 6 year old tagging my vectors. This company has absolutely no intention of competing with the big dogs. I think they're just hoping to be bought out one day because the site hasn't been modified in a decade. Still the same crap as the first day I used it.
Helpful (2)
Thank you

Boris hasn’t received any thanks yous.

Boris doesn’t have any fans yet.

I signed up for the free trial then quickly found out that there's no way to manually cancel your...

Unacceptable business practice , I never agreed to you using my card now you say I have an annual...