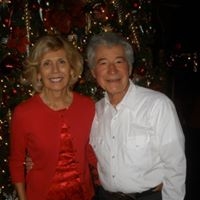 Roku
“ROKU 3800 REMOTE PROBLEMS”
I purchased my 3800 in JAN 19 at Walmart. It was easy to install and setup. It worked perfectly until MAY 19 when the REMOTE stopped working consistently. When I turned on TV the remote would not make the ROKU stick respond, I would have to go thru pairing or put the remote inches from the stick. When I reported the problem to tech support they said a cable extender would fix the problem and mailed one to me. It's only about 4 inches long so I did not think this would solve any issues but I installed it anyway and as I expected it did no good. When I reported this to tech support they said I needed a new remote and mailed me one. When I received it I put in new battery's and paired it up but got the same results. When I contacted tech support they told me to contact the cable company and have them put router on channel 161 and turn off the AUTO CHANNEL SELCT option and this would fix the problem. At this point I have lost confidence in there support staff so I did not change the router because I thought this may cause other problems to my WIFI support so I deal with the problem by using the ROKU app on my phone when the remote will not control the TV. It is interment, if its working and you turn off the TV for a short period It may not work when you turn it back on. ROKU tells me it is WIFI interference from the SPECTRUM router that interferes with the remote because it uses WIFI to communicate with the ROKU stick.
Helpful (1)
Thank you
Public Storage Reviews
“BAIT & SWITCH”
I've been a tenant for about 1 year. My bill suddenly jumped $21 a month. When I stopped at the office and inquired the clerk laughed and said thats the way Public Storage operates. She said if I wanted I could move to a lower priced unit (same size) but it would have to be done in 1 day. I talked with several other customers in the yard and they all said they had experienced the same treatment every six months to a year.
Helpful (0)
Thank you

Roku is worth the basic WiFi TV service you want. There are many channel choices. You can find...

I bought a ROKU tv about a year and half ago, and all of sudden half of channels that I have...