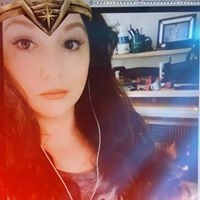 Gilt
“The return process worked okay for me.”
I have only ever used Gilt once, and it was to buy an obscenely expensive pair of Louboutins. When they did not fit, I was terrified because I had read the nightmarish reviews from people who had to go through hell to return their merchandise. I was positive that I was going to lose my money. I didn't sleep for a couple of days.

But...nothing bad happened. The shoes appeared authentic, and the return process was pretty painless. The only inconvenience is that I had to take them to a FedEx location rather than drop them in a postbox. But given what they cost, I would have done that anyway.
Helpful (1)
Thank you
Gwynnie Bee
“Resolved - Bad customer service - cancelled my purchases without my permission”
I got a call from Customer Service the day after I posted my negative review. Crystal worked with me to get the situation resolved and personally oversaw the purchase and shipping of my items, giving me updates along the way. I was impressed at how quickly she worked to fix things. I only wish this could have been handled with such care when I called the first time.

*Original Review*
I enjoyed the beautiful clothes provided by Gwynnie Bee for over two and a half years, but as my closet started filling up with clothes of my own (many of which were purchased through GB), I decided that I didn't need their assistance anymore. I made the decision to break ties, but before doing so, I looked through their clearance shop and bought a bunch of clothes approximately 20 outfits totaling around $300 dollars. I intentionally made the giant purchase wanting to stock up, since I knew that by cancelling, I would be cutting off my future supply. My credit card was charged and I was looking forward to receiving my giant pile of clothes.

The next day, I called to officially cancel my account (which is a different nightmare, which I will complain about elsewhere). My account was cancelled. My PURCHASES, however, were on the way. As far as I knew.

Fast forward to a few days later - I received an email telling me that all my purchases had been refunded. Knowing that had to be a mistake, I called up customer service. I was helped by a very terse woman who informed me quite coldly that my purchase had been canceled and the shipment stopped. I said to her that I cancelled my SUBSCRIPTION, but not the PURCHASE that I had made the night before. The PURCHASE was a different transaction, done on a different day. At no point did I authorize that my PURCHASE be reversed. Those 20 outfits were mine; GB took my money and the items should have been well on their way to my house by then!

Her oh-so-helpful response was that I should have waited until the 20 outfits were in my hands before making the cancellation. Like, excuse me? What the f__ kind of answer is that? How on earth is that okay? Cancelling a subscription does not mean you suddenly get take-backs on the items I already purchased. When she disinterestedly reminded me I was getting my money back, I told her that I didnt WANT some refund that I never asked for, I WANT THE $300 WORTH OF ITEMS I PURCHASED.

I am so angry I could scream. I considered suing, but my husband told me that $300 in used clothes is not worth the stress it would put me through. The clothes are cute, but nothing is worth being treated like this. What a crappy way to treat a paying customer.

Gwynnie Bee attempted to help this customer through the Sitejabber Resolution Center, but the customer did not respond

Gwynnie B. – Gwynnie Bee Rep Over a year old
Hi Beth,
Apologies for your frustration & we're very sad to hear you are leaving Gwynnie Bee.
Per our GB Outlet Terms of Service, all shop orders ship with subscription boxes. If a membership is cancelled, so would all subscription boxes, and therefore all GB outlet boxes as well. These Terms of Service, must be accepted when checking out of the GB Outlet.
A customer service manager reached out you this week & it looks like we were able to resolve this for you.
Thanks for giving us the opportunity to make this right & have a nice weekend.

I wanted to give a review because there are so maybe negative ones on here because of that I was...

Gilt is a great business from which to order. When there's a problem, they resolve it. Customer...